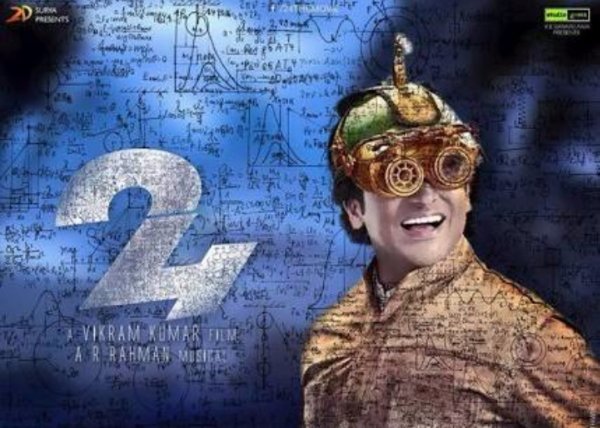 However the Tamil version of same trailer have been watched for over 200K times till now and the 24 official telugu version was watched over 1.2 million times. The video got over more than 60k likes in just 24 hours, the same is again a milestone in Telugu Movie industry.

Here is how the industry congratulated the team for success

Saw 24 teaser. Best wishes to Vikram kumar, Surya, Thiru and the team behind this magnum opus only the best : PC Sree Ram tweeted

Surya what a super fantastic teaser .This one is a totally block,alleY,street, lane all BUSTER.. I can’t : Ranganathan Madhavan ‏

It seems 4.5 hrs of make-up were involved each day for the older Aathreya look … meticulous !! : Journalist Kaushik

The hard work he puts in for every movie amazes me ! @Suriya_offl is one fine actor! Very promising teaser! : Sun News Anchor Anjana Rangan said