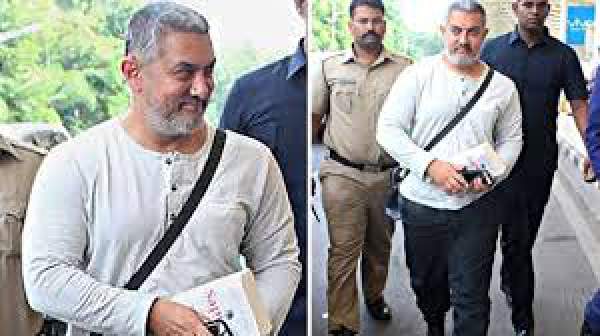 Aamir Khan Dangal Exclusive News: Bollywood Superstar AamirKhan is often called Mr. Perfect as he is quite selective and he has the highest success rate in the history of Indian cinema. In a career span of almost 28 years, he has done less than 40 films which show his dedication and passion towards cinema. He prefers films that have a strong social message for the people and the society which will educate and entertain the people across the country. (share: Happy New Year images.)

Aamir’s last movie PK has been a sensation all over in which Aamir has been showcased as an alien. Rajkumar Hirani directed the movie and Vidhu Vinod Chopra produced PK. Anushka Sharma played the female lead in the movie and AR Rahman composed the music.

Sushanth Singh Rajput played an important role in the movie and UTV Motion Pictures co-produced the film. PK emerged as a blockbuster and the movie minted over Rs 900 crores across the world and the movie emerged as the highest grosser among the Indian movies.

After PK, Aamir has taken his time for his next movie and he surprised everyone by signing a biopic which is related to sports. He will play a wrestler in his next movie that has been titled as Dangal.

Aamir Khan prepared himself for over 6 months to fit into the role. He underwent huge sessions of wrestling every day for over 6-8 hours and he even gained huge weight to match his body as a wrestler. A special trainer has been hired to teach wrestling for the actor and he gained 28 kgs for the film. He surprised everyone with his bulky look and white beard which alone shows his dedication for work.

Nitesh Tiwari is directing the movie which is said to be the biopic of wrestler Mahavir Singh Phogat. The wrestler sacrificed his life teaching wrestling for his daughters Geetha Phogat and Babita Kumari who won Gold and Silver medals in Commonwealth Games 2010 for the country. Geetha and Babita are the first ones to achieve this for India.

After a break of three weeks, Aamir is now back to work and he will shoot for this schedule for almost a month which will be shot in and around Ludhiana. He has also been disturbed with the Intolerant India controversy which made him take a break for three weeks on the whole.

Aamir and Kiran Rao along with Siddarth Roy Kapoor is producing Dangal on AamirKhan Productions and Disney World Cinemas. Dangal will hit the screens on December 24th, 2016.