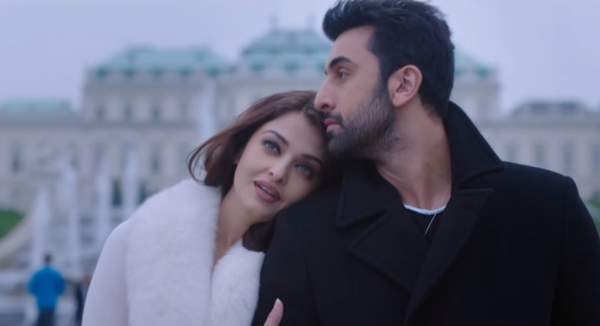 Ae Dil Hai Mushkil 7th Day Collection 1st Week Box Office Report: Ae Dil Hai Mushkil movie had performed exceptionally good at the Indian box office and had crossed earnings of over 100 crores in its first week itself. It’s a good sign for all the superstars of the film, especially for Anushka Sharma who is supposed to be riding the golden horse in her career.

After 3 consecutive super hits back to back, the actress had delivered another 100 crore movie which is heading towards 150 crore worldwide earnings, What could be better for Ae Dil Hai Mushkil box office collections? Last week, two films released on BO were pathetic when it comes to the plot.

Despite after all that, the story of the both the films won million hearts. The BO market was down during the critical weekend days last week which had after all made both the movies suffer. The unnecessary controversies and political fights had only benefited the ADHM collections as the film which couldn’t earn more than 60 crore lifetime had crossed 100 crores so easily.

The major growth observed on Monday and Tuesday has a vital role in making ADHM a grand success for everyone. On the first day, opening occupancy of 48% was found in theaters which were a significant number considering the number of viewers and fans of superstars. The film did solid business in multiplexes as many theaters even run the multiple shows of the same film at the same timing.

The second day was healthy for ADHM collection, but it faced a big downfall from various factors. Many theaters can’t run some shows because of weak demand, mainly this type of behavior was observed in single screens. The film continues to stay strong on the multiplexes.

As its 3rd day response, ADHM opening occupancy was around 30% in most of the cinemas which increased to 32% in the evening. Some websites like PayTM and Bookmyshow had decreased the ticket prices, and because of that, a big increase in movie ticket booking was observed for ADHM specifically.

Overall various factors had helped it to take a significant rise and it goes to around 15% more than the previous days in term of occupancy.

The 4th-day overall BO response was greater than anything. The flick was successful in earning over 17 crores in a single day which was highest for Ranbir Kapoor since last 4 years and a big success for Karan Johar as well. The movie had actually benefited everyone who remains connected.

On the 5th day of ADHM box office, it was strongly observed that people are actually going to watch a movie instead of piracy which is a good thing. Night shows defined high rates than usual giving itself a great potential. Because of the partial holiday of Bhaiya dooj, movie performed with good potential and did its last good day with 13.03 crores on Tuesday.

Ae Dil Hai Mushkil collection on the sixth day reached the expected scale with the great opening during the weekday. Since it was the first working day of the month, not many great expectations were there. But since the winter season had arrived, many people even opt for the noon shows, and the occupancy goes well throughout the day.

The arrival of cold days in India had benefited the film as . Otherwise, it could lose the good amount. In many off centers like Madhya Pradesh and Bihar, ADHM BOC observed performing up to the mark. The overall occupancy rate of 25% was observed during the whole day, which was reduced to 5% for the noon shows but again hiked up to 35% during the night shows.

Ae Dil Hai Mushkil 1st week Collection performed up to the expectations as the movie was able to earn the necessary basic target in fetching the 120 crore rupees target that soon. The film dropped a bit in comparison to Ajay Devgn’s Shivaay, but that could be justified as the audience had shifted the base, earlier ADHM collection had performed better and now the time is of Shivay. Overall it was a good week for the movie. The overall occupancy was 25%.

Apart from domestic collections, ADHM collections were special for Ranbir Kapoor and Karan Johar as well because the film was successful in fetching the record earnings with 6.25 million $ (42 cr) over the weekend. The figure was greatest ever from the overseas market for both the celebrities.