Avengers Infinity War is just weeks away. The biggest offering yet of the Marvel Cinematic Universe releases worldwide on April 27, 2018. The official trailer for Infinity War has been released on March 16 and it features MCU version Earth’s mightiest heroes fighting the biggest bad yet to save the humanity as well as the planet.

It seems that Marvel Studio’s run of the last 10 years is finally going to finish in a two part InfinityWar movie. Everything will be serious and may change everything. Audiences will be rocked and amazed to watch such an epic film. Every protagonist of the Marvel world will join hands trying to defeat Thanos and his supervillain team.

There are numerous rumors and speculations about the characters. Let’s see who lives and who dies in the forthcoming flick. But, it’s clear in the Avengers: Infinity War official trailer that mightiest of all time antagonist is coming for them. Here’s everything we just saw in the promo clip. 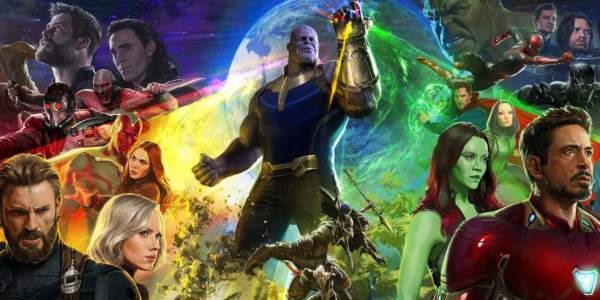 In the beginning itself, a menacing spaceship over Manhattan. It clearly suggest that Thanos has arrived on the planet. Then, we see Thanos’ daughter Gamora explaining about her father and his wish to conquer all the Infinity Stones to destroy the universe.

Except the Soul Stone, every other Infinity Stones have already been shown in the due course of the MCU films. Maybe, it will be seen in the 2019 Untitled Avengers sequel or Captain Marvel. In further scenes, Black Widow and Bruce Banner have been featured as reunited. Rhodey has got his Iron Patriot gear.

Vision possesses Mind Stone lodged in his head. The robot takes shelter and hids in Wakanda as he is the next big target for Thanos. Wanda has once controlled the Mind Stone, so she may keep Vision alive. The Avengers spilt up in Captain America: Civil War. So, they must be reunited before facing Thanos.

A part of the Thanos’ past is featured with some flashbacks. The Titan married Mistress Death and became the powerful nihilistic murderer as featured in the trailer. Gamora is the favorite daughter of Thanos. She may end up as a key in taking Thanos down. Or she might come up as a liability for the Avengers.

Watch the full trailer to find out more. Also, the advance tickets are available to be booked online on Fandango.