Badrinath Ki Dulhania movie official trailer has been released by the makers. It stars the leading star cast, Varun Dhawan and Alia Bhatt in their lovable on-screen desi chemistry. It has been the much-anticipated film from the Dharma Productions of Karan Johar. The teaser was released on Monday and crossed 2.5 million views on YouTube in the first 24 hours.

It is the spin-off to the 2014 hit rom-com Humpty Sharma Ki Dulhania. The flick is a short-tempered person named Badrinath Bansal (Varun Dhawan) who falls in love with Vaidehi Trivedi (Alia Bhatt). Badri starts planning to marry her. Initially, Vaidehi didn’t want to marry him. The flick features Tamma Tamma song, which originally starred Madhuri Dixit and Sanjay Dutt.

The film is set in a village of UP (Uttar Pradesh) apparent from their dialect. Badri is a class 10 pass, and ‘paisa-vasooli’ is his job whose sole purpose is love while Vaidehi is a college student who wants both love and dignity. It is a complete Bollywood film with festival and item songs along with foreign locations.  The title track is based on the famous Holi number – Holi Khele Raghuveera by Amitabh Bachchan.

But, during their sweet and sour journey, they start liking each other and finally figure out their love for each other. The fans will be delighted to see them together once again in a desi avatar. This is their third film when they have shared the screen space together. The first two movies were Student of the Year and Humpty Sharma Ki Dulhaniaa. 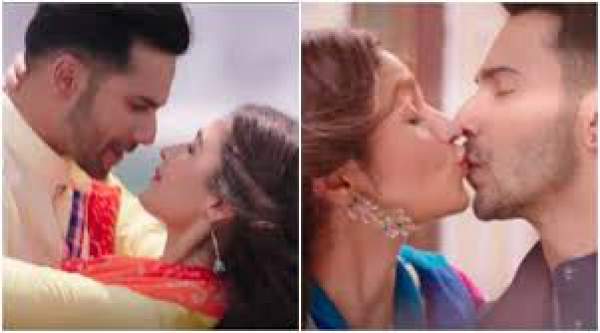 The bubbly couple sets the tone of BKD film. The trailer of Badrinath Ki Dulhania lifts up the expectations with their chemistry one more time. Shashank Khaitan has directed the film which also includes Gauhar Khan, Mohit Marwah, Shweta Basu Prasad, and Girish Karnad as the supporting star cast. The leading actors bring naughty and extremely Bollywood.