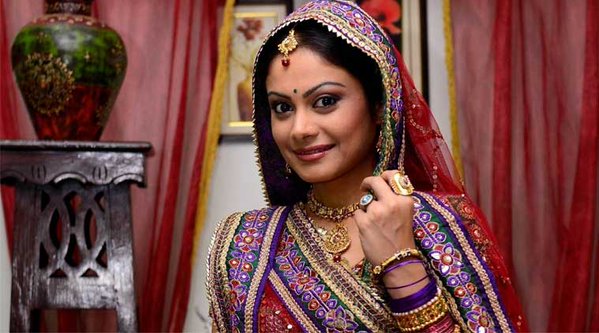 Today was the telecast of 1-hour long episode of Balika Vadhu, In the today’s episode, we have seen the encounter of Harki and Akhiraj.

Harki comes to meet Akhiraj, On asking she justified that she came here after Deenu observed away. Harki wants to spend some moments with her. Akhiraj hugged her and told that she always have the blessing of him. Akhiraj gave her a bundle of notes and told that it’s for her and Kundan. She went happily.

Dadisa, Anandi, and Shivam was in the room coming back from somewhere. Anandi exposed that she felt like she have met him earlier also. Jagya advised her to take some rest as she might be tired of all day’s work.

Harki comes back in the house where Kundan was searching for the money, Harki told him that she is going to give him money. She took out some 1000s of notes and gave to him which makes him too much happy and he goes to buy some stuff.

While he was purchasing the things, Kamli spotted him wasting money. She comes back to the house and asked Harki and Kundan about it, as per Harki’s expectattions Kundan twisted and told that he earned it. Harki asks her to leave the toom.

When Pushkar was studying, Nimboli comes and starts interacting with him. She read out Kamli’s name in her notebook. They wrote each other’s name on the notebook while Mangla and Kamli watches all this from behind. Kamli wents happy after seeing speedy recovery of Pushkar.

Nimboli recieves Anandi call and she told her to bring a doll for her next time, moreover they both admits that they are missing each other a lot. During the talks, Nimboli told her about the Disa’s warning that they will not go back to Jaitsar. Anandi remained shocked of listening this.

Kamli and Pushkar come to hospital and she told Jagya, that they are here to get Pushkar treated. On being asked by Dr. Anant about their return to the badi haveli, she denied to do so as Mangla thinks that people there haven’s accepted her.

Dr. Anant objects the same and informed her that people in Jaisar have well accepted both Nimboli and Mangla as well. Harki and Kamli looks confused when he reveal the fact that Disa is thinking wrong. Meanwhile Jagya comes and confirms that Pushkar is showing improvemnt in his reports and he would be fine soon.

Anandi calls Mangla to talk to her, but instead of responding she thrashes claims of Nimboli and tries to burn out relations of mother and her daughter. When she told her that she will come and talk to Nimboli, Disa dissconnects the call.

Shocking ! Before Pratyusha Banerjee’s suicide, she was set to get off air from Balika Vadhu