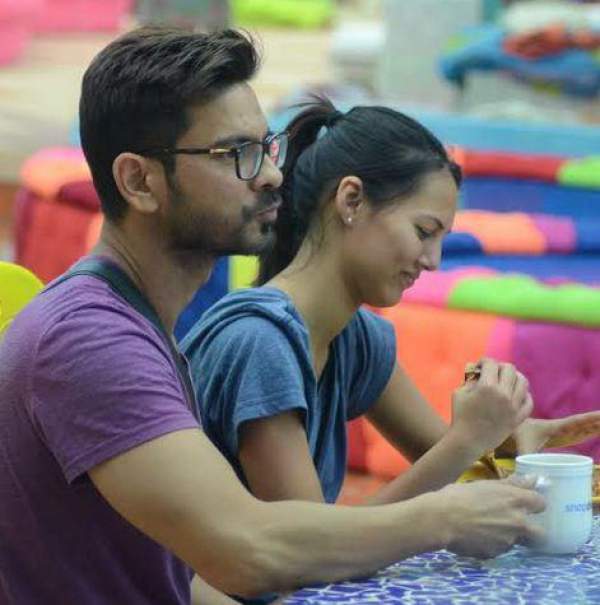 BIGG BOSS 9, FULL EPISODE-68, DECEMBER 18TH 2015:  In the morning Bigg Boss Episode starts with song playing and people woke up. Mandana complaints Gizele about the doings of the last night. Mandana was insecure because Gizele was also talking with others with accompanying her. While Gizele justifies it as her casual attitude towards anyone. They have a small fight for being a social animal or not in the house.

Rochelle found an opportunity in their fight and decided to make some footage for Gizele also on screen. Priya doubts that Mandana is an enemy of Gizele and faking the facts in order to take some advantage from it. Mandana comes with her complaint to Rishab and tells him that she is aware of what they were talking about. He advises her to ignore them.

Rishabh founds himself stuck between the two parties when Priya also made her debut and complaints publicizing her without any reason. He responds her request of leaving the group with the explanation that they were never a group. He also encourages her intention of being a part of ‘cool group’ in the house.

Prince justifies this a publicity stunt of Rishab. Rishab shouts on Priya for taking his protein and jacket even when he was doing full cooperation. Priya defends herself by saying that she was doing only materialistic things and there is nothing wrong in it. She added that ‘I am also not complaining about my makeup and clothes’.[Also See: Dilwale Review]

Bigg Boss sound comes with an offer for inmates to avail their goodies back which were surrendered by the captains. The first chance was given to the captain Prince, he names Priya, Rishab and Kiswar’s name. Bigg boss invited all of them to the double trouble room. They were given 4 questions and to answer them with a yes/no

The conditions were as follows

Rishabh won the button press game and get his protein back, other contestants look disappointed. On being asked from Kishwar Priya told that she was not concerned much about her bag. Gizele highlights Nora’s crush attitude to Rishab.

Priya gave shock to Prince that the girl he have to the take on date would be decided by her but later she clarified that he would have to choose the girl and till that other girls will try to impress him. Prince goes happy and thanks Bigg boss.

Gizele comes to the lounge to impress Prince, initially she was not wearing her mike but bigg boss instructed her to do so. She told him that she had a crush on him from the initial day of their entry in the house. Mandana who was taking it lightly told that if they were in Punjab then she must prepared food for him. As soon as Kishwar enters, Prince hugs her and told that she is his sister as he cant cheat his brother Suyyash. Rochelle also counts on his positives. Priya also does her part. Then it comes to Nora everyone kept on eyeing them. She hugs him after singing Yeh Mera Dil for him. Prince decided to go for the date with her.[ Also See: Dilwale and Bajirao Mastani Collection]

Date of Nora and Prince starts in the garden where he comes and jumps in the pool and bring out gifts for her from the pool. He gifts her a bracelet and fills wine. They shared some matured romantic moments asking about each other’s preferences. Nora also explained that since it was believed that he was in love with Yuvika, she named Rishabh as her crush. Dheere Dheere songs starts playing, Prince takes Nora’s hand, they both dance close to each other, Nora runs, Prince runs behind her, Prince lifts Nora in his arms, he kisses Nora’s forehead and hugs her.