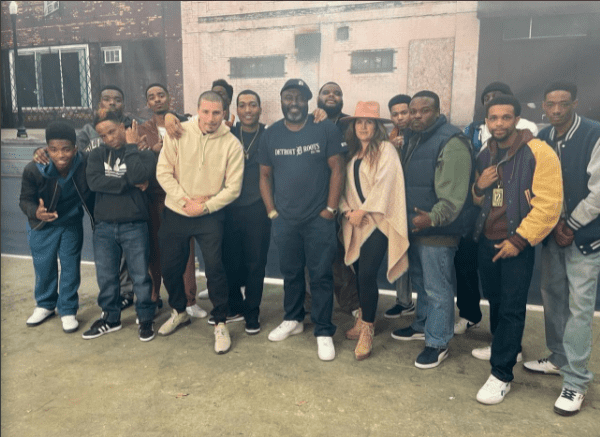 There is a number of shows from Starz which were blockbuster. BMF was one of the most memorable shows ever telecasted in recent years. The show is based on a criminal organization belonging to Demetrius “Big Meech” Flenory and Terry “Southwest T” Flenory. The first season of BMF was released in September of 2021. Shooting for the second season has already begun in March 2022 as per media reports.

The first season had 9 episodes and BMF Season 2 is also expected to roll over around nine to ten episodes this year.

The release date could be easily guessed from the image shared by ianwoolflineproducer on Instagram. The show is expected to have the same release dates as in Season 1.

The show was instant success since the release of the very first few episodes. It climbed up charts on Starz app and did great numbers on other partner streamers as well. As a matter of fact, the show got nearly 4000 reviews on IMDB with an average rating of 7.5 stars.

The show was renewed in mere four days of releasing the first season. Such a quick renewal is always a dream of every new show creator.

We don’t have any hard spoilers about season 2 of BMF as of now but the production is already started and we will be seeing a lot of buzzes very soon.

It seems the majority of the cast is renewed for season 2 as well. Russell Hornsby, Da’Vinchi, and Michole Briana White along with Steve Harris are expected to come in the second as well

How to Watch Online BMF Season 2

BMF Season 2 is expected to release on online streaming platform Starz in September 2022 where fans will be able to catch it online.

Other popular shows by 50cent include “The Power Spinoffs”.