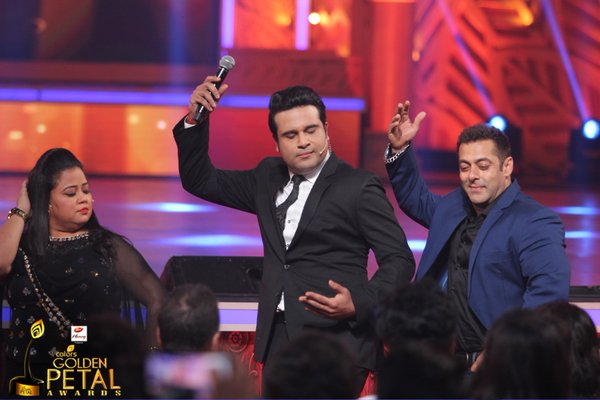 Golden Petal Awards 2016 Winners: GPA ceremony starts with the entry of hosts Krushna Abhishek, Manish Paul and Bharti.They shared a dance with the audience to energize them and to ensure that the evening is going to be colorful. (check: Miss India 2016 winner.)

A close clash between the best Child artist can be seen at Colors TV GTA awards, although the nominations had a tough competition; Siddharth Nigam and Spandan Chaturvedi bags the award.

Faisal Khan, Mouni Roy and Raghav Juyal had an incredible performance which gives a new energy to the show.

Leading men get their cooking skills tested by Farah Khan and Manish Paul at Colors GPA.

Salman Khan does a grand entry on the stage

Tanisha, Mukti, Sana and Arjun Bijlani had an excellent performance

When Salman Khan is here how can Khatron Ke Khiladi Arjun Kapoor give a miss, Kabir entered in the show in his extraordinary style, looking a new Kia for him by the way of Swemwar.

Award for Best Entertainment Series goes to India’s Got Talent!

Stay tuned to The Reporter Times for latest news.