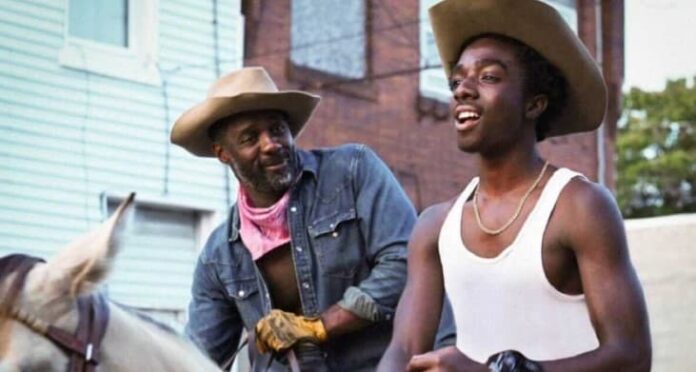 The film follows the story of Cole (Caleb McLaughlin), a classic troubled teen who gets into fights at school. After several perished episodes, his mother decides that he will spend the summer with his father. And there, he discovers an urban cowboy culture.

The film’s pace could be better, not only because of the dramatic arcs of each character having a high charge but also because the story takes many paths and loses its focus.

The characters here are great at immersing the audience in that reality. The protagonist serves very well so that the entire culture of the neighborhood is well-presented and developed. In addition, the supporting core and Cole’s father, Harp (Idris Elba), serve very well as representatives.

However, it is developing the characters and the plot that the film is lost. That’s because its focus is lost between a generational arc between Harp and Cole and the other arc about Cole’s involvement in the criminal underworld. However, neither is fully developed. The performances are of excellent quality, with highlights: Caleb McLaughlin and Idris Elba.

Most of the filming locations of Concrete Cowbow took place in Philly, PA and here are some of the most notable ones and why we like them.

Who doesn’t love an excellent country-themed set? Concrete Cowboy takes us to live these moments intensely with photography and locations. Even though it only appeared in brief cameo roles, Harrah’s Philadelphia Casino and Racetrack have joined the list of casinos that have appeared in movies or television. Harrah’s casino also has an online section where you can experience some of the movie set from you computer.

Here we can see a famous area of ​​the city and also know some stories. Philadelphia’s Strawberry Mansion neighborhood is to the east of Fairmount Park. The Strawberry Mansion, a historical residence, gave the area its previous name of Summerville.

Once again, history is present, this time in a club that is over 100 years old. North Philadelphia’s Fletcher Street Urban Riding Club is a nonprofit organization that promotes horsemanship in inner cities. part of Philadelphia’s 100-year history of black urban cowboys and horsemanship. 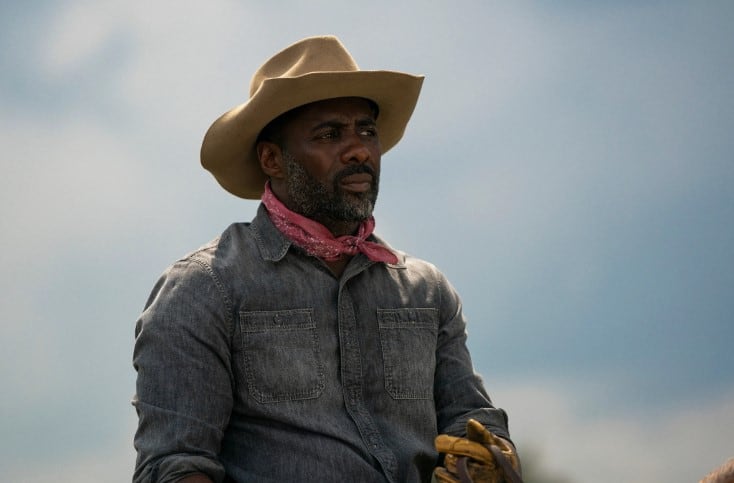 Director Ricky Straub’s debut, the film dives into a subculture unknown to the general public. Once a vital part of the local economy, today, cowboys are scattered across the ravines, fighting to maintain the horsemanship tradition amidst rapid and relentless urban development. It is an unusual scenario, highly original and rich in complex social issues, which the film deals with brilliantly.

Straub, alongside cinematographer Minka Farthing-Kohl, perfectly captures the clash between modern street culture and ancient cowboy tradition and, through sweat, worn skin, and the harshness of decaying concrete, creates a genuinely hostile environment. for the marginalized community. By the way, this impression is not an exaggeration since the group is the target of rampant gentrification, which threatens their territories, racism, and oblivion. Even a metropolis like Philadelphia sounds like the Wild West when the whole city seems to be against the cowboys.

In a way, Concrete Cowboy sounds like an act of resistance, an attempt by the director to immortalize such a small and significant piece of history. This is manifested both in the dialogues, as in a passage in which the characters discuss how Hollywood has erased the actual image of the black Cowboy, or in the presence of real cowboys in the film, like the excellent Jamil Prattis, who steals the scene like Paris in his first job as an actor. The particularity of this setting is explored with such authenticity and respect that it is a little disappointing that it did not come with a better script.

To serve the viewer’s eyes in this subculture, the plot follows Cole (Caleb McLaughlin), a boy from Detroit who, after getting into trouble, is sent to live with his father in Philadelphia. Arriving there, the boy discovers that his father, Harp (Idris Elba), is one of the street cowboys and starts to work in the stables to earn the respect of him and his colleagues. Here, the feature trips over its ambition in scope because its universe is extraordinary and expansive, but its growth journey is essentially intimate.

The performances are fantastic, with the protagonists shining in a relationship marked by heartache and anguish. In particular, Caleb McLaughlin surprises. Even in his first significant role since he broke out as Lucas in Stranger Things, he leaves nothing to be desired and endures the strain of sharing the scene with a veteran like Idris Elba.

Even with problems of rhythm and a very messy narrative structure, Concrete Cowboy is highly remarkable for its original premise, conducted with a lot of authenticity and personality. If Ricky Straub intended to preserve a historical fragment in decay, which could disappear at any moment, the filmmaker managed to have the work of such a particular subculture distributed and discussed worldwide.