The Reporter Times
Home Entertainment Dilwale (2015) Review and Rating: Worth every penny spent; Family entertainer of... 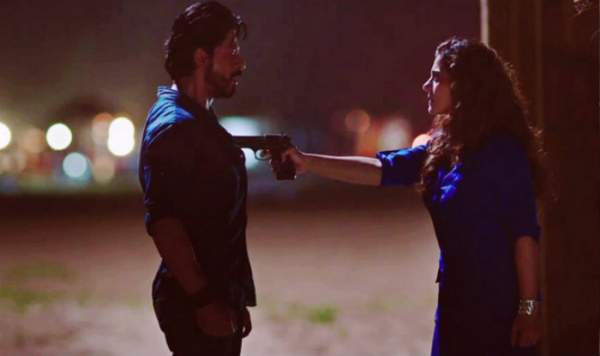 Dilwale Review and Rating: Dilwale is about the story of brothers Raj (Shahrukh Khan) and Veer (Varun Dhawan) who meet each other after twenty years. Raj struggles with a sour truth hiding inside, Veer is unaware of the gangster background from which they hail from.

Raj meets Meera (Kajol) after 15 years and this is the time Veer falls in love with Ishita (Kriti Sanon) and reveals about his love to his brother Raj. The rest of the movie is about the truth that Raj reveals out to the real truth and what happens next.

Analysis of the Dilwale movie starring Shahrukh and Kajol:

The second half of the movie too carries the feel of the first half. The songs have been placed well and they are a visual treat on screen. Shahrukh Khan and Kajol’s charming chemistry will sure take the film to the next level. The movie becomes slow and predictable at parts, but the pre-climax episodes along with a gripping climax make the movie end up decent. You can also read Dilwale vs Bajirao Mastani for comparison.

Shahrukh Khan who is an emotional performer came up with an outstanding work with his performance. He has been stunning on screen and will sure impress his huge lady fans. Kajol is the other highlight of the movie. She has been beautiful and ethereal throughout the movie. The chemistry between Shahrukh and Kajol has been top notch. Varun Dhawan impresses with his natural performance and Kriti Sanon will sure make it big in the coming days. All the other actors have been decent.

The basic plot of the movie has been simple and clean. The screenplay and dialogues are the major impressive points to reveal from the technical side. The music and the background score have been decent and they elevated the movie. The cinematography has been eye catchy and the editing has been niche. The production values of Dilwale have been grand enough. Rohit Shetty will sure impress the audience with his stupendous story narration skills.

Positives:
The chemistry between Shahrukh  Khan and Kajol and Varun Dhawan and Kriti Sanon. Clean comedy and narration make the movie perfect as a family entertainer. Music and Cinematography has been successfully directed by Rohit Shetty. Production Values are really sky high.

Dilwale will end up as a winner because of its gripping narration and the performances by the lead actors. Shahrukh Khan and Kajol are back. The movie will definitely lead as Family entertainer of the week

The Reporter Times is awarding 7 stars out of 10 for Dilwale Rating.