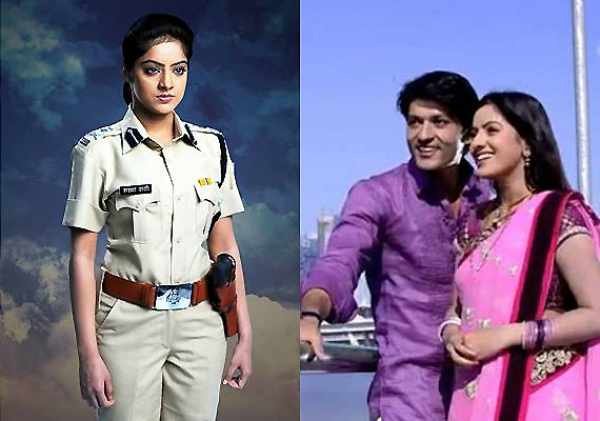 Diya Aur Baati hum new episode is out. Sooraj and Sandhya are trying to patch up after all that has happened between them. Did it happen? Take a look at what all happened in this latest Diya Aur Baati Hum episode.

The episode starts with Meenakshi making  a tea for all and offers it and sees everyone going away in a bad mood and she thinks why is everyone upset after everything has become normal. She thinks of doing something. Sooraj is at his shop and is busy drawing and thinks of saying his apology to Sandhya for his doings and thinks she will understand and Sandhya too thinks Sooraj is making something special for her.[Also See: the Last Episode of DABH]

Meenakshi goes to Vikram and gives him a knife and ask him to keep it and says Sooraj who loved Sandhya som much ahs tied her up in his shop. Their trust broke and says you must carry this for safety and he says no need and he reminds her that Sooraj can hear all this and asks her to stop. Sooraj hears them and goes from there and the card falls nad Meenakshi asks him to take his card and he says there’s no need of it and goes to the room and Sandhya says you are late and he says he had worked.

He goes to change and she thinks when will he surprise her. She asks him where is the thing which he was making for her. He says there’s nothing like that and sleeps. She thinks he looks worried and some sleep will make him good. Bhabho sees Babasa and awake and asks him why isn’t he sleeping. He says nothing and thinks she has bear a lot and he has done nothing for her.

The next morning Sandhya cuts vegetables and Sooraj comes and informs Bhabho that the pandit has said after 4 days muhurta is good and Sandhya congratulates Lalaima and Meenakshi feels happy.

Bhabho says there’s no time to think, we must hurry and make this happen nd Babasa comes and says I will do this time and Meenakshi laughs and says what happened to you Babasa and Bhabho says no need and asks him to rest as Bahus and sons will take care of it. Babasa says he will make lists of all works and he says he will finish them all and leaves. Meenakshi says what happened to Babasa today.

Bhabho chooses started and Meenakshi is grinding wheat and gets tired and sees Emily bringing the juice and Meenkahsi makes her slip and the juice falls on the floor. Meenakshi says it’s my mistake and Emily says it’s okay nd Meenakshi goes to Bhabho and tries to act and Bhabho says you ruined te flour and she says  it was Emily’s mistake and Emily hears it nd Bhabho says it’s ok and mistakes do happen with all and Meenakshi thinks Bhabho has scolded her but not Emily and thinks of saying this to Sandhya.

Sandhya looks for clothes and Sooraj comes in and sees her phone ringing and bends to take it and remembers how he has heard Satya’s voice message and doesn’t pick it up and Sandhya comes and asks him to lift the call and put it on speaker and she holds his hand and says why didn’t you lift the call and Sooraj wipes his tears and goes away and sees Sandhya thinks Sooraj is hiding something.