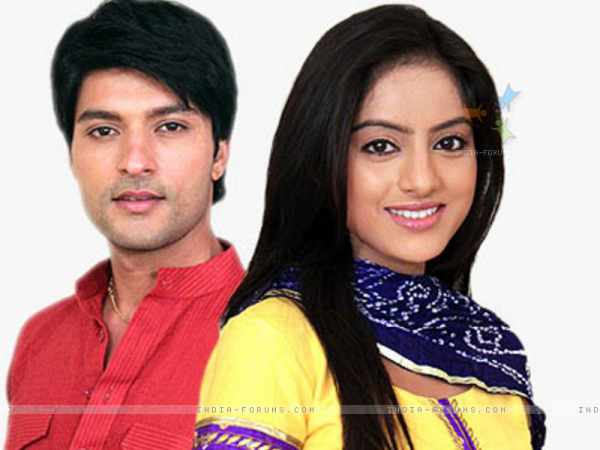 The episode begins with everyone asking Chotu to drop Resham Dadi. Chotu leaves with her and stops at the petrol pump and asks him to hold on for a minute as she will call someone. Resham goes and asks the PCO boy to call a number and he tries and it gets invalid and he says it is STD and it should connect and she says how come Hyderabad isn;t getting connected and he says Hyderabad is in India and she we have Hyderabad in Pakistan d he says it is ISD and enters the code and calls Arzoo’s aunt and she is angry at her.

Priya comes to the petrol pump and sees Chotu and smiles and comes to him and sorry for her mum’s behavior and asks him to arrange money asap.She keeps hands on his face and he removes them and says she is Resham Dadi and she has got a proposal for me. She asks did you not tell her about me and he says  I will tell that she and Arzoo’s aunt says did you set the match for 10 lakhs and she says 10 lakhs will be given to CHotu after marriage. Priya hears it and asks him t o come in the evening. (see: Dia Aur Bati Hum all episodes.)

Sandhya waits for Sooraj and lights up candles and Sooraj comes and hides. Sandhya smiles at him and tries to catch him and she finally catches him and hugs him. He says so you missed me and she says from when did you start making love in your eyes and he says how can you read everything from me. Dia Aurr Bati plays and he says he is lucky to have her as his husband and  she tells him about Chotu’s proposal and he smiles.

Chotu and Priya meet and Priya asks him to marry Arzoo for 10 lakh and divorce her after marriage and she says to do it for my sake. Chotu keeps thinking and wonders how can he cheat the man who educated him. Sooraj asks him to take the order and Chotu looks lost and Sooraj asks what happened and Chotu says he has to say something and Bhabho ask Sandhya to get sweets and Sooraj pull Chotu’s ear and shouts saying so Chotu is getting Arzoo here.

Bhabho looks happy after hearing and Sandhya doesn’t bring sweets as she sees someone getting ladoos already. Bhabho makes Chotu have ladoos and Meenkahsi says looks like Bhabho might break her record as he is getting Bahu from Hyderabad and Bhabho says that is hwere Sandhya got trained.