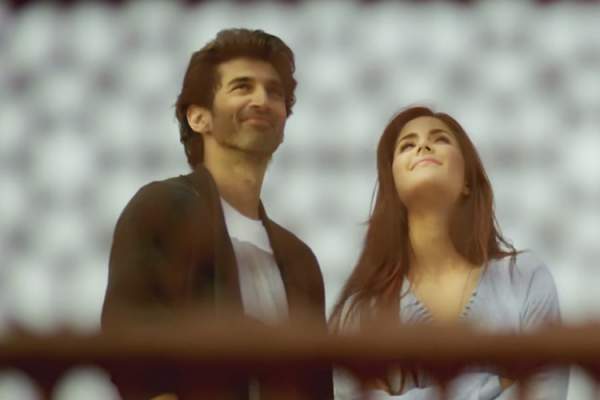 Fitoor Sunday, 3 Days, First Weekend Box Office Collections: Director Abhishek Kapoor made an impressive debut with Rock On. The movie goes on with the theme of music which is the first film of this genre. Farhan Akhtar and Arjun Rampal played the lead roles in the movie which emerged as a huge hit all over.

He has taken the huge gap for his second film though he has been blown with many offers from all the leading filmmakers. He then came up with Kai Po Che which is the adaptation of Chetan Bhagat’s novel Three Mistakes of my Life. The movie was a smashing hit all over and Abhishek received the wide response for his directorial skills.

Aditya Roy Kapoor too impressed the audience with his energetic performance in Aashiqui 2.  This Mohit Suri’s directorial gave the much-needed break for Aditya Roy Kapoor and Shraddha Kapoor who were waiting for a huge hit.

Talented actress Katrina Kaif made it big in Bollywood and she improved a lot as an actress. She scored massive hits recently with Bang-Bang and Dhoom3 which ended as massive hits and are the some of the highest grossed Bollywood movies. Katrina has been quite selective with her films and is busy with multiple projects in her career. (Also See: Ind vs Sri Lanka)

Abhishek Kapoor roped in Aditya Roy Kapoor and Katrina Kaif for an eternal love story and the movie has been titled as Fitoor. The movie is an adaptation of Charles Dicken’s Great Expectations. Overall Fitoor collections has been proved a dramatical step in Katrina’s career.

The movie has been shot exclusively in Kashmir in extreme weather conditions. Siddarth Roy Kapoor produced the movie on UTV Motion Pictures banner. Amit Trivedi and Komail Shayan composed the music for the film and Hitesh Sonik composed the background score for the movie. PVR Pictures distributed the movie across the world and talkie has been made on a budget of Rs 35 crores.

Fitoor released on February 12th during the Valentine’s Day weekend. The movie received a poor response from the audience and it opened with 40% occupancy. Though the trailer and the songs received wide applause before the release, the movie could not open with decent collections.

The single screens have performed badly than expected and Fitoor collected Rs 3.61 crores on its opening day. The Fitoor Collections Rs 13.2 crores in its first weekend which has been decent. The movie is expected to end up in huge losses in its final run. Siddarth Roy Kapoor and Abhishek Kapoor produced the movie on UTV Motion Pictures banner.