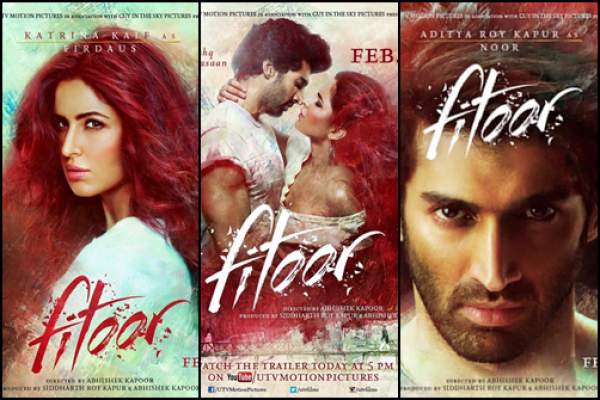 Fitoor Trailer: After a lot of buzz and speculations finally, the trailer of Fitoor featuring Tabu, Katrina Kaif, and Aditya Roy Kapur has been released by its makers. It basically features the love saga of two childhood friends – Firdaaus Jaan Naqvi and Kashmiri boy Noor; and the never ending Kashmir issue in the backdrop. (see: Bigg Boss 9 Day 85.)

The trailer starts with a little introduction to their childhood which continues when they grow up and becomes adults with having snippets of their passionate romantic scenes until a moment when Noor is spotted saying,

After that, Firdaaus mother Begum Hazrat (Tabu) appears who has been so manipulative that she has kept both the lovebirds apart for so long. But, as per the call of destiny both of them are seen approaching each other on a wrecked bridge during the heavy snowfall.

It is the upcoming movie of director Abhishek Kapoor based on a classic novel ‘Great Expectations’ written by Charles Dickens. The film also stars Aditi Rao Hydari, Lara Dutta, and Rahul Bhatt in supporting roles. It is slated to release on February 12, 2016.