Fuller House Season 4: The time for rejoicing has finally arrived with confirmation of 4th season for fans. The series has been renewed for the next installment which means fans can expect the new season of FH anywhere during the end of this month. Netflix is likely to release the fourth season of series in September to December period alike other 3 seasons. 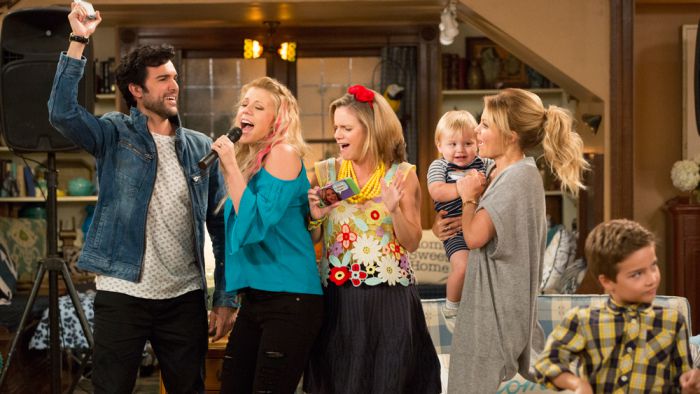 The first season of Netflix’s American sitcom released in the first month of 2016, after extensive support from the fans, producers were quick to release the second installment during the last months of 2016 itself. After that, the third installment was released on 22 September 2017. Fans may expect the new installment in late 2018 or early 2019.

There would be 13 episodes in the next segment. The total number of episodes will vary on various factors, most importantly the storyline of the show. There will be many cameos this time.

After a great ending of three seasons and bidding goodbye to various mysteries. We have seen in the last installment that how Kimmy manages to become Stephanie and Jimmy’s surrogate. According to the latest confirmed reports, the entire crew has been renewed for the upcoming season.

Apart from the latest news of Kimmy’s pregnancy and being a surrogate, we will come to watch our favorite Danny, Jesse, Becky, and Joey along with the children in the house. Fuller House S4 will also feature the Good (Pamela) & The Bad (Gladstones) moving back to San Francisco after a long journey. A possible visit of Steve Urkel is also expected in the house.

There will be a new showrunner as there was heat between Jeff Franklin and the other crew members. So, WHT didn’t renew the production deal with him. The production began on May 4th and finished on September 7.

The Gladstones, Katsopolis’ and Tanner’s will all be moving back to San Francisco. Kimmy will be the surrogate mother for Jimmy and Stephanie’s child. Steph will become a mother by episode #7 or #8. There will be a lot of changes for the beloved family.

Do let us know what are your expectations from the upcoming episodes of FullerHouse in comments.

Have a quick snap of video from Season3 and give yourself a throwback from some of best memories.