So with the new season of Game of Thrones, We are back with our breakdown series of trailers. Game of Thrones Season 7 Official Trailer released few moments ago and we’re now exploring some really interesting concepts and theories which you might have missed in really fast running Trailer. 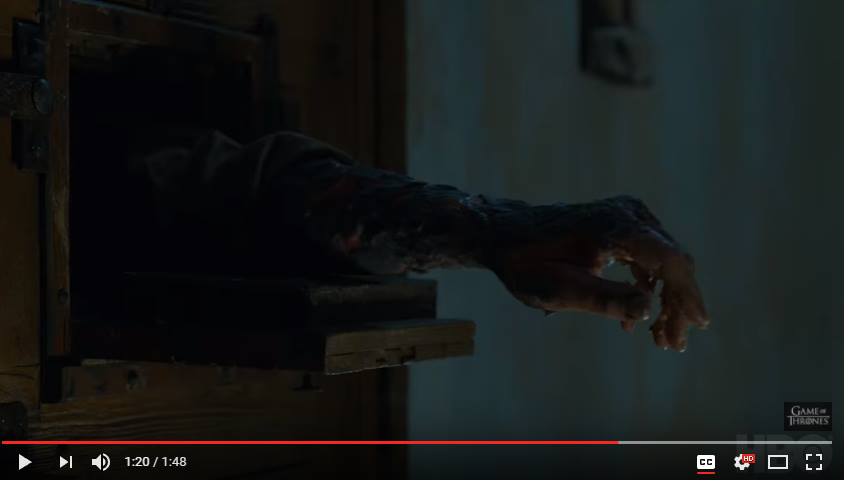 One of the biggest mystery of last season is going to be revealed. Remember the dead boxes kept by Lord Varys. We have spotted a hand going out of them. It would be a really interesting development. We would come to know about who they really are. And never missing the related point, it might have some relation with the stone men. Will Daenerys lover Daario Naharis come back this season ? 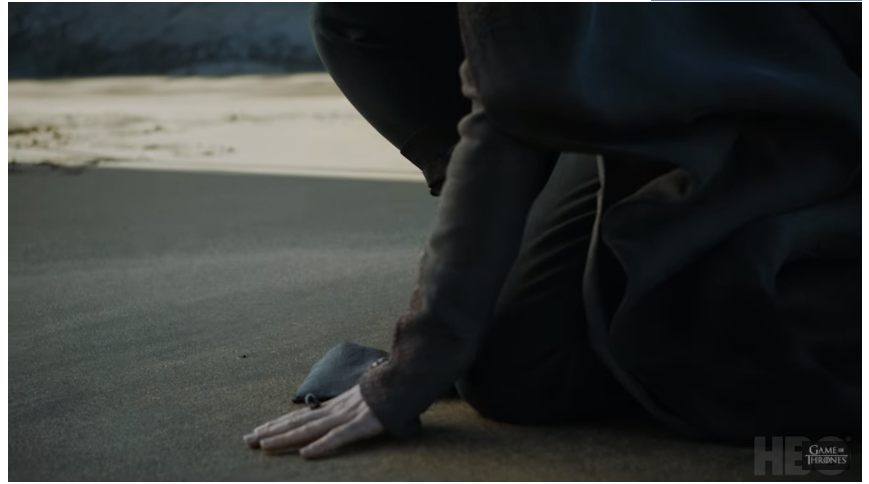 It would be cruel to ignore the ring in Daenerys hand. Let us get the history back for you. In the Game of Thrones Season 5 finale “Mother’s Mercy,” Daenerys dropped the ring to leave tracks in case she needed to be rescued. And in the following episodes, we haven’t really seen someone giving her ring back. So the same may result new theories.

We have seen rings in her hand during the Season 6, but that were different rings. Probably this one was kept by Daario Naharis.

Red Lady can be seen observing some soldiers marching from the top of a building. Its probably one of rare instance where she was seen alone. May be most of the soldiers are afraid of her or trying to protect her. If someone is trying to protect her, she is going to predict a bigger plot in Game of Thrones Season 7.

John’s dear friend Samwell is missing in the official trailer of Game of Thrones Season 7. He could be the lead storyline character in this season during the ending episodes performing a crucial role in finding the origin of volverian steel. Its important to find the procedure to protect everyone from Ice Dragon or Polar beer.

Do share any conclusions or theories you derived from latest episode of Game of Thrones.