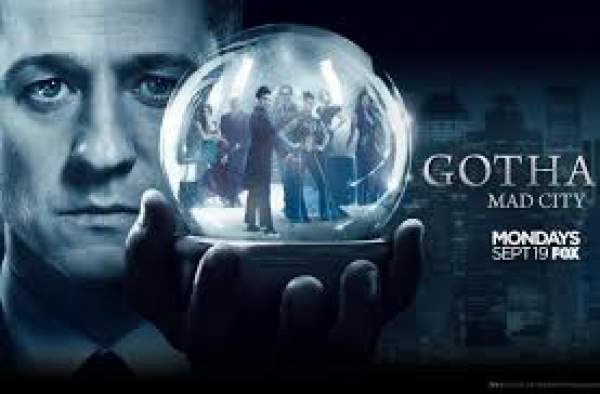 Gotham Season 3 Episode 1 Live Streaming Watch Online: At last, the day has come when the season 3 of one of the most popular tv series, Gotham will premiere. It airs tonight, Monday, September 19 on Fox. As fans, we are thrilled and looking forward to watching it. (Watch: Agents of SHIELD S4E1.)

Previously released promos and trailers have shown that it is one more promising and exciting season to watch. The season 2 finale had demonstrated that the monsters created by Dr. Hugo Strange are now out of the confines of cages from the Indian Hill. It looks like Fish Mooney, having leadership skills will rally those creations to rule Gotham City once again.

But, there is one person who would do anything from happening the same situation. He is none other than our good old Penguin. As of now, he is one of the best friends with Butch, who once used to be the associate of Fish. (check: The Flash season 3.)

When Fish Mooney comes in action to take over the city and faces Penguin, then the situation will become interesting. It’s because that will be the crucial time when Butch will have to choose one from Penguin and Fish. Moreover, his heartbreak over Tabitha left him for Barbara. It will also play an important factor to take the decision. (check: Arrow season 5.)

The promo showed that a new character had joined the Gotham star cast. She is none other than Valerie Vale (Jamie Chung). She is determined to learn the truth about the City. We can expect that she would help Gordon to get out of his depression.

Gordon is still figuring out how everything failed with Lee. He is on his way to find where Lee is residing and make up things with her once again. However, he will soon realize that he is made to protect the city irrespective of what he wants.

Below is the official synopsis of Gotham episode 1 season 3.

Gordon works as a bounty hunter in monster-ridden Gotham while looking for answers about the Indian Hill escapees; Bruce’s doppelganger wanders the streets; Tabitha and Barbara open a nightclub called The Sirens.

Gotham season 3 episode 1 will air at 8 pm ET on Monday. You can stream it live at the airing time on Fox Now.

Stay tuned to The Reporter Times for latest Gotham news and other TV series updates. Don’t forget to share it on social media sites. Feel free to share your thoughts and views about it. What are your expecting?