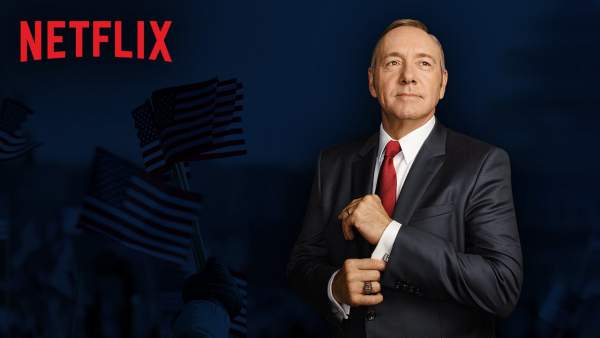 House of Cards Season 4 Episode 3 (S4E3) Review: If you haven’t yet started watching the fourth season of this series, I suggest you better start watching it now. The story is only going to get more interesting from this point and you have a lot to catch up. (read: House of Cards S4E4 review.)

Episode three starts with a scene featuring Lucas Goodwin. He is living his life under the new identity of John Carlyle, which was given to him by his WITSEC handler. He now works at a car wash, washing cars. While washing one of the cars, he finds a newspaper with an article about Frank Underwood and another one featuring Heather Dunbar. The latter one is about Heather’s upcoming visit to Ohio. He tears it off the newspaper and keeps it. Something’s fishy.

On the other hand, Frank Underwood is attending a church mass in his home state, South Carolina. Under the full support of Doris and Celia Jones, he is speaking to the African-American population of Gaffney. He definitely scored some brownie points there. And does he not have a way with people? He practices his speech and scores big on their support. He sure does know how to talk people into agree ing with him by striking just the right chord.

Meanwhile, the ravine between Claire and her mother is widening. After Claire decided to sell their house in the last episode, her mother was quite upset with her and, in turn, stole the earrings that Frank gave to Claire. She wants Claire to leave the house but Claire does what she feels like.

Frank is in a dilemma due to the ongoing oil crises. Claire is looking for something to put Frank down with. She succeeds in doing so by making one of Frank’s old enemies release a photograph of Frank’s father posing with a member of the Klu Klux Klan. Frank lost all his swag there. All the people he convinced turned their heads away from him and he ends up losing.

Seth Grayson sees an opportunity and releases Frank’s photograph in which he poses with an actor dressed as a Confederate. This makes Frank’s approval ratings plunge even more.

Meanwhile, Lucas has decided to go to Ohio to meet Dunbar and tell her about his story because he thinks that she could do something about it, given that she is Frank’s biggest competitor in the race for the presidency.

This is just the first half of the episode. So think how much more interesting it would get in the second half. Watch it yourself.