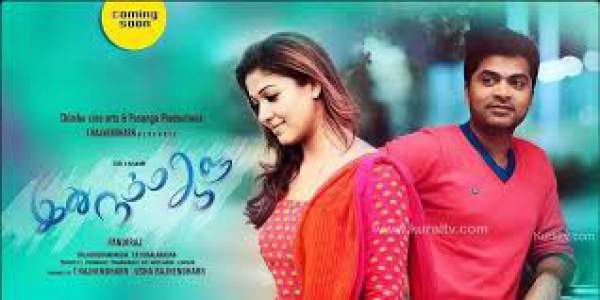 Idhu Namma Aalu Movie Review Rating: The latest Tamil film starring Simbhu and Nayanthara in lead roles has been released today. The makers must be very happy with it as there has been hardly any flick which has garnered such a huge positive pre-release buzz. (read: Laal Ishq review.)

With its release, INA has started receiving positive reviews from both the audiences and the critics. Here below, we have the collection of reviews collected from the social media and shared by people who have already watched it either in premiere shows or on the early release day.

On Wednesday, May 25, there was a special show scheduled for the celebrities in Chennai. INA is a rom-com which is directed and written by Pandiraj while Simbu’s father, I Rajender has produced it. Andrea Jeremiah is seen as the second female lead. It also stars Soori, Arjunan, Jayaprakash, Uday Mahesh, and Madhusudhan Rao, while Adah Sharma is seen in an item number.

Talking about the performance, he wrote, “@iam_str is back with a bang with his usual & effortless performance & with #Nayanthara he is simply superb. #Andrea makes a good impact, [sic]”

He added, “The film is another superb dialogue based entertainer from @pandiraj3 sir. He rocks & makes us laugh throughout. Congrats for another winner,” and concluded, “Special appreciation to @sooriofficial …He comes out with superb one liners throughout #IdhuNammaAalu & entertains us. Good work Team. [sic]”

Another celebrity, Tania Samtani, also appreciated the movie on her Twitter account. She posted, “#Ina #mustwatch it’s amazing how this one comes back with a bang every single time ! #proud @iam_str #funny as hell @sooriofficial,[sic]”

She added, “#INA Fun film, super comedy @iam_str Ps: this year marks 12 years since I know U and u will always be namma aalu! [sic]”