Iron Fist Season 2 Release Date, Spoilers, Plot, Cast, News, Rumors, Updates: After the thrill of season1 which was released on March 17, 2017, Iron Fist is coming back with season 2. Fan are waiting for the second installment with more excitement because there are many questions were remain unanswered in the first installment and season 2 will answer for all that.

The reviews do not seem to be that good, but the show has done well as the viewer telling the original story of IronFist. Before the mandatory matchup which will be in later this year; he is the last that is the fourth defender to get his show. 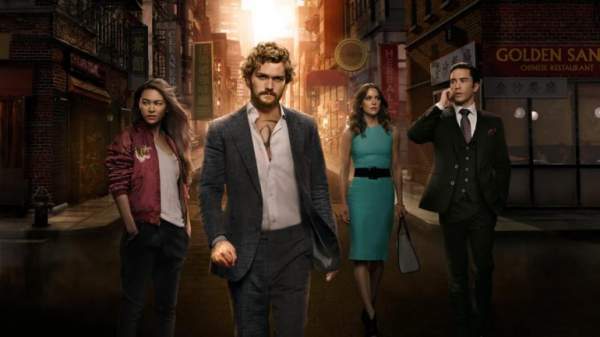 As of March 17, 2017, the show hasn’t been renewed officially. All of the three defenders solo outings has provided for the second season, and hence IF will definitely get a second solo outing. But due to a backlog in Marvel Netflix, we will be waiting for a while.

There is still one doubt in people’s mind that, Will the bad reviews affect the chance of a renewal of show? But as per our analysis, it won’t because, though critics were skeptical about the show, the reviews of Netflix are looking good. As the most of the fans agree that they liked it.

IronFist as The Defenders:

There are many questions which would be answered in season 2, but one thing we can make sure is that it is not the last time we are going to see IronFist. All of the characters of Marvel and Netflix are going to organized against the Fist in season1 of The Defenders. There were also rumors that this is supposed to release between Summer 2017 and Fall 2017. It is confirmed that Finn Jones who is playing Danny Rand seems to appear in all of the eight episodes.

On Netflix, most of the Originals episode refreshed yearly, but as per speculation, this won’t happen in the case for IronFist.

The reason behind this is that this show has the larger universe having one consistent and chronological storyline. Hence we need to review what other series are due out from Netflix, at least in a coming couple of years.

As for now, the order of the show is as follows:

Above timeline suggests that there will be a gap to release season 2 of Iron Fist in 2019. For that, we need to wait long and hence that if Netflix doesn’t start releasing more than two seasons of Marvel shows, then it will be difficult for this program to fit into it.

Dhawan won’t be appearing in The Defenders and unlikely for the upcoming season of Luke Cage, Jessica Jones, or Daredevil. So, it is expected that Steel Serpent would be seen in the second installment featuring the Living Weapon.

The following characters will be featured on the upcoming seasons of IF and/or Marvel hero crossover show The Defenders.

In an interview, the actor told us “The crux of Danny and Davos’ story I think really begins towards the end of [Iron Fist] season 1, and I think they didn’t want to start it straight away into ‘The Defenders,’ and wanted to save it for series 2.”

Speaking of the comics, Davos is to Danny Rand as The Joker is to The Batman. Both are the arch nemesis. The Steel Serpent will try to steal Danny’s power for himself as the former believes that he should have the mantle over Danny. Davos considers Danny an outsider to K’un-Lun.

However, the Netflix version has a slightly alternate reality. In the TV show, Davos feels disappointed in Danny’s failure to live up to his duties, being the IronFist.

So, it will be fascinating to see season2 of IronFist? Stay tuned to The Reporter Times for more TV Series updates on your favorite shows.