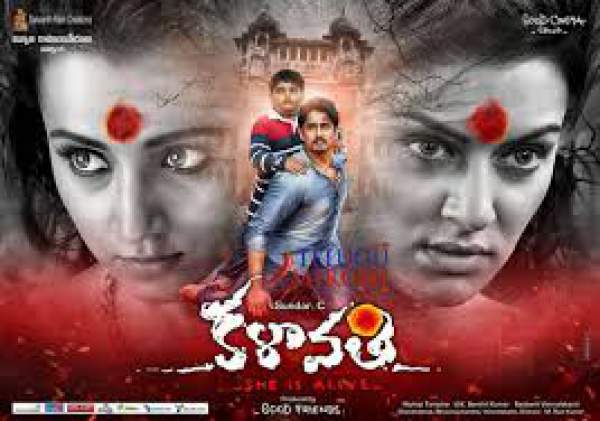 Kalavathi Pre-Review Rating: The latest movie starring Hansika, Siddharth, Trisha in lead roles is to be out very soon. The review will be updated soon. Until then, read the preview given below. (see: LOL review.)

Talented actor Siddarth who scored massive hits in Tollywood has now restricted himself to Kollywood. Some of his movies are being dubbed into Telugu and he is now testing his luck with his recent outing Kalavathi which is said to be the sequel to super hit movie Aranmanai. Sundar C directed the movie and Siddharth, Hansika, Trisha, Poonam Bajwa, Soori played the lead roles in the film.

Hiphop Tamiza composed the music for the film and UK Senthil Kumar is the cinematographer. The recently released theatrical trailers have caught the attention of the audience and the expectations are huge on the film. Good Cinema Group and Sarvanth Ram Creations produced Kalavathi which will hit the screens on January 29th across the world.

Young and talented actor Siddarth is a known actor in Telugu and Tamil film industries. He scored massive hits during his initial days but he is struggling to repeat his success in the recent times. All his recent outings failed to entertain the Tollywood audience and he is now back with Kalavathi on which he pinned huge hopes.

After a super hit like Aranmanai, Siddarth teamed up with Sundar C for the sequel and the movie’s trailer raised the heat. The complete trailer of the film has been impressive with horror elements taking the major role in impressing the audience.

Kalavathi completed all the censor formalities and the movie has been awarded clean U certificate and the film passed without any cut. Siddharth, Hansika, Trisha, Poonam Bajwa and Soori played the lead roles in the movie which has been directed by  Sundar C. Hiphop Tamizha composed the music and the audio of the film is a huge hit all over already.

UK Senthil Kumar is the cinematographer and NB Srikanth is the editor. GoodCinemaGroup and SarvanthRamCreations produced the movie which is gearing up for release all over on January 29th all over. Siddarth pinned huge hopes on the film and he is in plans to impress the Tollywood audience and make a strong comeback.