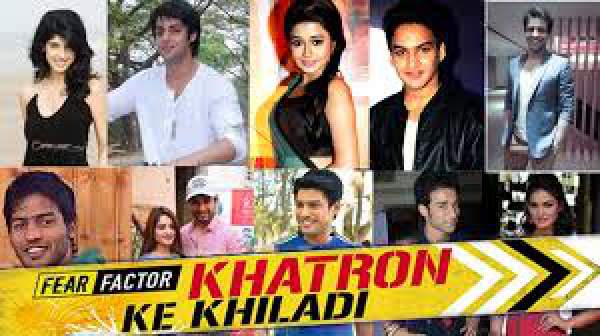 Khatron Ke Khiladi 30th January 2016: And we reached to the day which marked the inaugural episode of the KhatronKeKhiladi season 7 (KKK7). With this television show, Arjun Kapoor finally marked his TV debut. Let’s see if he really was able to live up to the expectations or not. (see: Dabang vs Bulls.)

It was quite a gamble to take up Arjun for such a daring tv show as the previous seasons have been led by action hosts likes of Akshay Kumar, and Rohit Shetty. They were fearless, but Kapoor son hasn’t been a part of any such show in the past. However, he had taken up the centre stage at many award shows. So, it was the thing to take on legacy farther.

Let’s gear up to see if he really able to continue the legacy with his witty humor, actions, and filmy experience. With action, Arjun presented all the required ingredients for the show. It was like blend of action, romance, comedy, and a house full of entertainment.

The introduction / opening ceremony was cool. It all started with an audio-visual of several Bollywood celebs like Ranveer Singh, Katrina Kaif, Parineeti Chopra, Varun Dhawan who underestimated the hosting capability of Arjun. Basically, it was a total sum of the every kind of feel ings which viewers might had before watching him hosting the show.

After that, all the KKK7 contestants were introduced to the audience in a filmy style. The sister of Kajol, Tanisha Mukherji created a scene from DDLJ. Vivan Bhatena made an entry with his chiselled abs like a Bollywood young gun. All such aspects, increased the excitement level.

Then, it was the turn for the tasks. All of them got the audiences on the edge of the seats. However, Arjun remained to be the highlight as he kept the viewers engaged with his jokes and youthful vibe. He didn’t pretend to be anyone else. He was in his own mode having fun, entertaining people, motivating the contestants, etc. He even took up some tasks to prove that he is not a ‘fattu’ as his B-town buddies labelled him.

Some of the tasks gave a ‘already seen’ feeling. It could have been like based on a bollywood theme considering the host is an actor. The twists or names of tasks could have been filmy. Some of the jokes appeared to be forced which weren’t sufficient to tickle our funny bones.

Overall, the first episode was enjoyable. On a special note, it was a treat for the fans of the actor. Arjun was so easy being a host considering he is hosting of the first time.

Half Girlfriend Official Trailer: Arjun-Shraddha Movie Is A Love Story