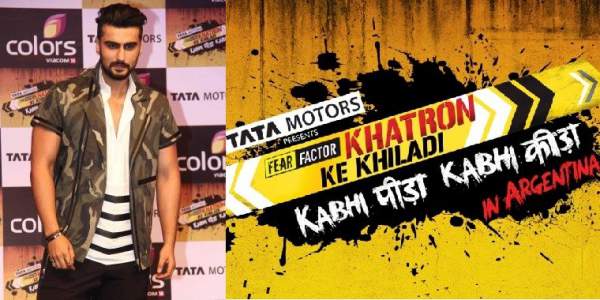 Khatron Ke Khiladi 7 Winner KKK 2016 Winner: As per the latest reports, actor Sidharth Shukla has won the game show. He has been declared as the champion of the seventh installment of the reality TV show. (watch: Wrestlemania Results 2016.)

Sidharth bagged the title after defeating thirteen other fellow contestants. However, neither the actor nor the channel has confirmed the news, but it is highly active via the several leading dailies that Sidharth is the winner.

Meanwhile, you may know that the finale has already been shot for which Kareena Kapoor Khan was the guest. She came to promote her next movie – Ki and Ka. Host Arjun Kapoor is in the lead role opposite to Kareena.

Sidharth stated, “I am not authorized to say anything about the show. If you want to know the truth, please go to the PR team of the Colors channel. Thereafter, come to me to confirm.”

Sidharth once got eliminated from the TV reality stunt show during the course of KKK 7. However, he entered again as a wild card entrant and headed towards the title. The “Humpty Sharma Ki Dulhania” actor Sidharth, “Student of the Year” actor Sana Saed, and dancer Mukti Mohan were the finalists as per the report of leading daily.

SJ Studio located in Chandivli, Mumbai was the venue for the KKK7 finale. It was shot on 15th March 2016, and the episode is to air this week. All the contestants including the eliminated ones will be the part of the KKK7 grand finale along with Host Arjun’s co-star Kareena will be seen promoting the upcoming film “Ki and Ka”.

The finale episode will air in two parts on two different days, i.e., weekend – Saturday and Sunday on Colors.

Stay tuned for the written update of the finale episodes of the show on 2nd April and 3rd April 2016. Don’t forget to share your views and thoughts.