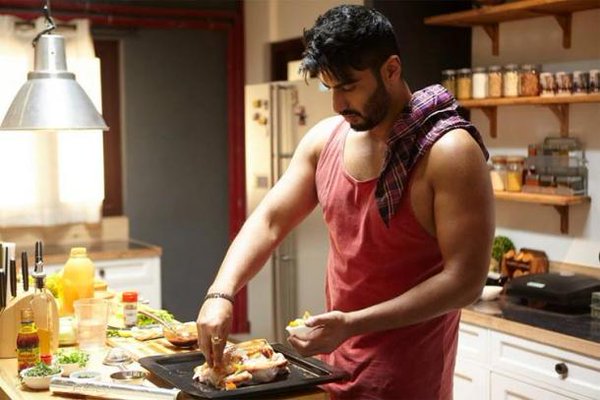 Young and promising actor Arjun Kapoor made his debut with Ishaqzaade, and the movie ended up as an impressive entertainer all over, and his performance in the film has been widely praised. He has done films like Gunday, Aurangzeb, and 2 States which have been well accepted by the Bollywood audience.

In the meanwhile, Arjun Kapoor proved his acting skills and he emerged as one of the most wanted actors among the youngsters in Bollywood. He has been signing movies of all the genres and is getting ready for back to back films.

Ki and Ka released all over on April 1st and the movie received a mixed response from the audience. The drama overdose and the confused second half has not been accepted by the public however the movie made decent money all over.

After minting Rs 34 crores in its first week, the film dropped down and minted Rs 49.48 crores in 14 days of its box-office run. The collections have been decent, and the complete business of Ki and Ka is expected to be closed by the end of this week.

Top actress Kareena Kapoor Khan took her time to prove her acting abilities and she stepped up as the highest paid actress in Bollywood. She got married to actor Saif Ali Khan. However, she has been busy with back to back films. She holds the record of rejecting many super hit films in her career, and she even accepted the fact.

Kareena is ready to act with any actor if she loves the script and she teamed up with Arjun Kapoor for the movie Ki and Ka. Top director R Balki, who impressed the audience and critics at the same time with his movies, failed to score a hit with Shamitabh, which released last year.

After a decent gap, he is back with Ki and Ka, which is about an unusual couple played by Arjun Kapoor and Kareena Kapoor Khan. While Kareena works for a multi national company, Arjun spends time taking care of the house hold activities.

The movie’s theatrical trailer caught everyone’s attention that it grabbed the eye balls of each and everyone. The music of the film has been composed by Ilayaraja, Mithoon, and Meet Bros Anjjan.

The audio of the movie has been a massive hit and PC Sreeram handled the cinematography. R Balki, RK Damani, Rakesh Jhunjhunwala and Sunil Lulla produced Ki and Ka on Hope Productions and Eros International.