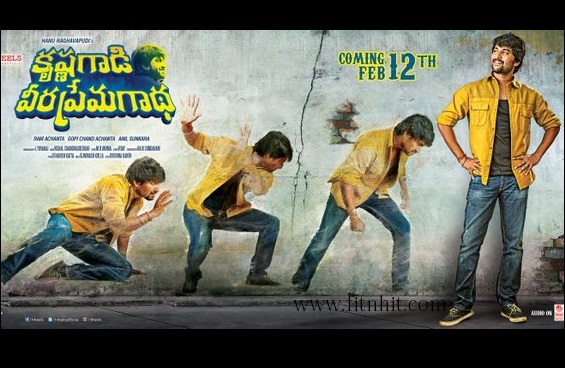 Krishna Gadi Veera Prema Gaadha 2 Days, Saturday Box Office Collections: Young actor Nani has done some films that had sensible comedy and realistic feel. He scored massive hits during his early days in his career with movies like Asta Chamma and Ala Modalaindi. His career graph fell down all of a sudden later on and all his films ended up as debacles at the box-office.

Nani has been quite depressed as his established market went down and some of his movies suffered huge financial issues as they lacked distributors. But he never lost confidence and has been doing back to back films.

At the right time he came with Yevade Subramanyam which has been directed by Nag Ashwin. The movie impressed the multiplex crowds and Malavika Nair played the female lead. Aswini Dutt’s daughters produced the movie on Three Angel Studios banner. He then came up with Bhale Bhale Magadivoy in the direction of Maruthi.

The movie changed Nani’s fate and the film collected Rs 46 crores after it has been made on a budget of Rs 6 crores. Lavanya Tripathi played the female lead and UV Creations, Geetha Arts produced the movie jointly. Nani has been quite delighted with the success of the film.

He signed a romantic entertainer in the direction of Hanu Raghavapudi who impressed with Andala Rakshasi. The movie has been titled as Krishna Gadi Veera Prema Gaadha and Mehrene made her acting debut with the film. Vishal Chandrasekhar composed the music and the audio of the movie is already a smashing hit all over.

The theatrical trailer raised the expectations and Nani promoted the movie extensively all over. Krishna Gadi Veera Prema Gaadha released in around 1700 screens across the world.’

Krishna Gadi Veera Prema Gaadha opened huge and the movie witnessed packed houses all over the world. The movie received huge response all over and emerged as the highest opener among his movies. The movie collected Rs 9.3 crores across the world on its first day which is the highest opener among Nani’s films. Krishna Gadi Veera Prema Gaadha collected Rs 5.3 crores on its second day making the total Rs 14.6 crores.

Krishna Gaadi Veera Prema Gaadha received stupendous response from the audience and the movie has been made on a budget of Rs 10 crores. The movie is expected to collect Rs 25 crores in its final run.

(Note: Due to nature of market, its highly possible that figures may vary from different sources) Do comment if you have an updated figure.