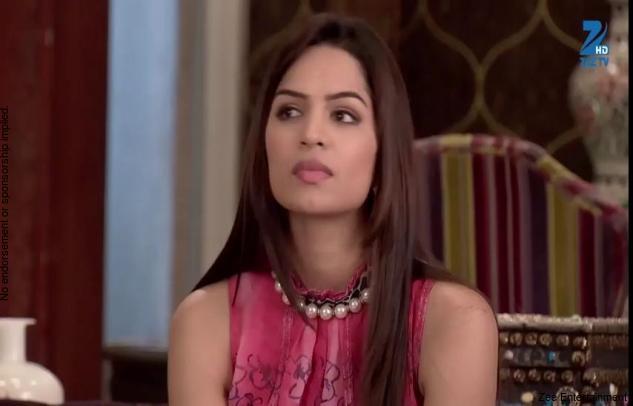 In the last episode of Kumkum Bhagya, Alia has tried to kill Bulbul but Pragya has stopped her and took her in the room. She dares Alia not to repeat this activity again else she will definitely expose her in front of Abhi, Alia who is literally gone insane replied that that she will claim Purab at any cost.

Alia slammed her when she was giving her a lecture on love by reminding her what has happened with Abhi just because of her. Pragya told her that she is only cheating on his brother since the relations actually have no value for her. Pragya gives her final warning and leaves. [Also Read: Last Episode of Kumkum Bhagya]

Bulbul was spending some romantic moments with Purab meanwhile Abhi comes and asks her for the paper. Bulbul informed her that since Pragya entered in the wardrobe she hide the papers in the almirah and Pragya took the keys with herself. Purab comes and Bulbul asks her for the flowers when he asked them about the papers they are talking about. Alia calls someone to assassinate Pragya again in upcoming days to clear her way out for Purab.

After Abhi left the room, Bulbul informed him about the happenings of the early morning and told him that how Abhi have taken the signature of Pragya. They start cat fighting and Purab took a promise from her to accompany his entire life. Pragya comes in the room and asked them about the papers and breakfast, Bulbul was cheering up while talking. She decided not to reveal the Alia’s truth with them otherwise, they will get shocked. Purab advises her to be careful with Abhi.

Dasi took the confirmation from Abhi about the signatures. Initially, she got excited when he told that he has taken the signatures, but later he told that he doesn’t have access to them. Dadi listened them talking from behind and interrupts, she told Dasi to leave since she wants to talk something private with Abhi.

Dadi comes and asks him to arrange a grand reception for Bulbul and Purab since its a part of his responsibility. Abhi told that he will make arrangements for the entry of Dilwale cast Kajol and Shahrukh.

When all were having the breakfast, Dadi gives the indication to Pragya that something is going to happen. Other moment Abhi announced that he will throw a lavish reception in the happiness of Bulbul and Purab’s marriage. He puts the responsibility to give money on Pragya’s head on being asked for the arrangement of the money.