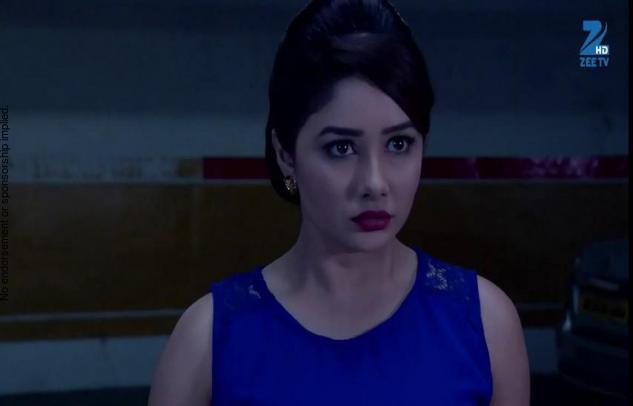 Kumkum Bhagya 28th May 2016: The episode begins with Tanu coming to Nikhil and says about how Sarla took the blame. Nikhil says we must plan big. Tanu says she will convince Abhi that since Sarla is a thief and Pragya will also be a big thief. (see: Kumkum Bhagya Last Episode.)

She says she will get rid of Pragya once in for all. Tanu thinks to count money and says she must have 80 lakhs after paying ten lakhs to the hospital. She starts and Mitali sees her. Tanu is shocked.

Mitali says she will tell the truth to anyone, and just then Tanu stops her and says this cash will be yours if she keeps her mouth shut. Mitali holds the money bag and Tanu clicks a pic of her and blackmails Mitali. Tanu says she will say all that Mital stole the bag.

Abhi thinks not to leave as Pragya will get upset again. Abhi says she is not feeling well, and Pragya checks him and says his temperature is normal. Abhi says he can’t get up.

Pragya goes and gets the thermometer. She tries to call the doctor and sees Abhi placing the thermometer in the hot tea. Pragya thinks so this is what he is doing and calls Doctor to come immediately.

Rachna tells the receptionist that Tanu is asking for a bill, and Akash sees Nikhil’s name on it and no Tanu’s name. They think they played well again. Pragya checks the thermometer and sees 109 degrees. She says he has a high fever.

Abhi feels. Finally, Pragya will take care of him. Mitali comes home and asks Robin to make lemon water, and Pragya asks Robin for ice. Mitali gets stomach ache for hiding the truth.

Pragya gets an ice pack and Abhi says he doesn’t need an icepack. Abhi refuses as Pragya insists. He asks why is planning to ruin a healthy man’s life.

Pragya says you missed a meeting and trips. She falls in his arms, and he holds her feet. Abhi makes her sit and sees her feet. Pragya thinks he wanted her to take care of him. Instead, he s taking care of me now.