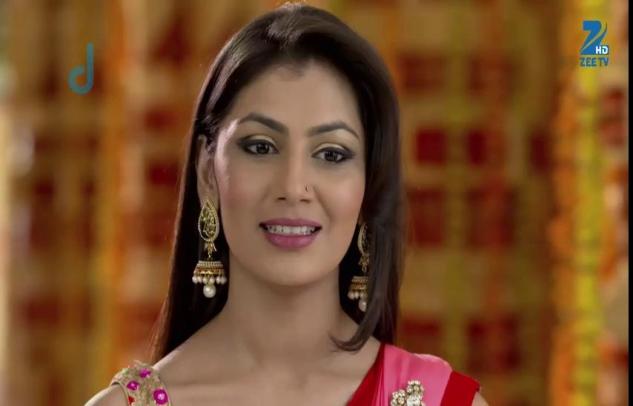 In the last episode of Kumkum Bhagya, we have seen how Pragya have recorded the video of Tanu confessing about Abhi’s baby and Rony’s murder. But the series turned out to be furious as Alia came to know about Pragya’s plan and she is going to expose him.

Abhi rejected to wake up and didn’t watched the video even after Pragya’s repeated requests. Tanu came to Alia room, and she explained everything to her. Alia slammed that she is the biggest fool ever. Tanu confessed in front of her that Nikhil have killed Rony in front of her, and he couldn’t be alive.

Alia told that she is a stupid and Rony is alive and threatening you. She shows her the video of Pragya in which she was planning everything with Rachna and Rony. Tanu was about to transfer the video in her phone; Alia resists her from doing this.

Alia gave her task to steal Abhi’s unreleased music from his room before taking the video. She dared her that she was going to delete the video tomorrow morning. Alia gave her a fair deal of first obtaining the video before sunrise and exchange it.

Tanu thinks of Alia’s selfishness and then immediately starting figuring out the intentions of Pragya. She recalls the moments where Pragya has tried to stop her marriage. But her foolishness didn’t reach such a higher level and couldn’t figure out the reality. Tanu decided to steal the video before showing it to Abhi. (Also See: Kumkum Bhagya Last Episode)

Abhi was not waking up seeing Pragya roaming over his head. He thinks she could take him to any concert or any place and waste his all day; he tried to run away from the room. They hadn’t an argument of stopping him while going to the bathroom.

Dadi came to the room and asked Pragya about the video. Pragya was sitting in anger; she got angry of not teaching manners to her grandson. She denied showing the video to Abhi as he refused to watch the video. Dadi told her that she had gone mad in making Tanu crazy, she helped in planning out.

Tanu tells Abhi that she will follow him to the room as he will go to the bathroom. Pragya connects the mobile with TV in a way that the video will be shown as he switches on the television. Tanu and Pragya sees each other in the room like enemies of centuries. Tanu spotted her eyes on the television.

In the next episode of Kumkum Bhagya a fight between Tanu and Pragya is going to happen.