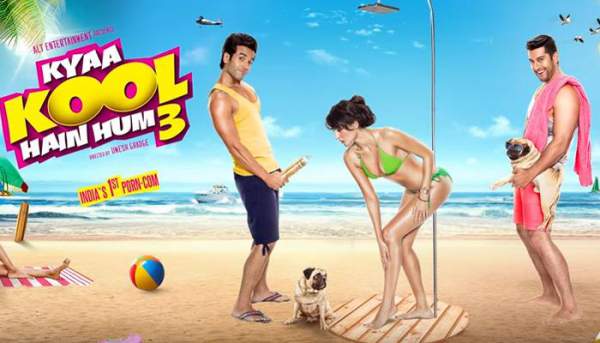 Kya Kool Hain Hum 3 Movie Pre-Review Rating: The latest Bollywood comedy film KKHH 3 is going to release on 22nd January 2016. So, get some info regarding it before going to watch the flick. (see: Airlift review.)

Tushar Kapoor, Aftab Shivdasani, Mandana Karimi, Krishna Abhishek, Gizele Thakral and Claudia Ciesla played the lead roles in the film which has been directed by Umesh Ghadge. Ekta Kapoor and Shoba Kapoor produced the movie on Balaji Motion Pictures banner which has been slated for release all over on January 22nd. The music and the video songs released recently have gained wide popularity.

Stay tuned for latest Bollywood news. The KKHH3 review will be updated soon in the next articles. Don’t forget to share your views and thoughts.