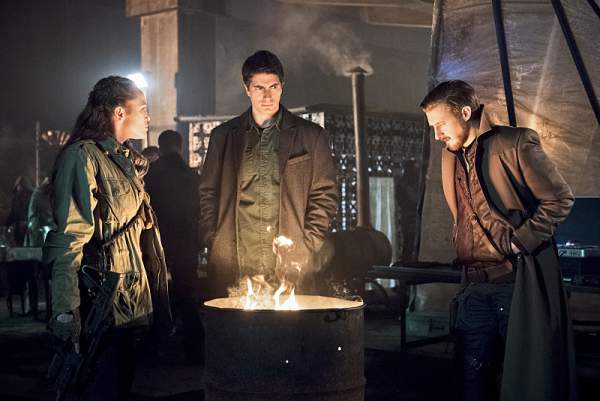 Legends of Tomorrow Season 1 Episode 15 Spoilers, Promo, Trailer, Air Date, Synopsis 1×15 News, and Updates: After the airing of the recent ep titled “River of Time,” we saw a big episode entirely filled with Vandal Savage. Next week, we will witness that Rip Hunter and team will face Time Masters. (check: The Big Bang Theory season 9 episode 24.)

The upcoming episode is titled as “Destiny” and it will bring more surprises that you think. Its promo has already been released with its synopsis present below. Have a look at them and share your views and thoughts.

With only two episodes left in the season 1 pipeline, the next one will be a decider of how actually the first installment is going to wrap up. Watch the cool footage below. And let’s what happens when Rip Hunter unites with Time Masters. (read: 24 movie review.)

Here, we have the synopsis provided by the network, CW.

CAPTURED – Being in the vicinity of the Time Masters leaves Rip (Arthur Darvill) and Rory (Dominic Purcell) incredibly disturbed for very different reasons. Meanwhile, Sara (Caity Lotz) takes over the Waverider, Kendra (Ciara Renée) is reunited with Carter (guest star Falk Hentschel) and Snart (Wentworth Miller) decides he might be a hero after all. Olatunde Osunsanmi directed the episode with story by Marc Guggenheim and teleplay by Phil Klemmer & Chris Fedak.