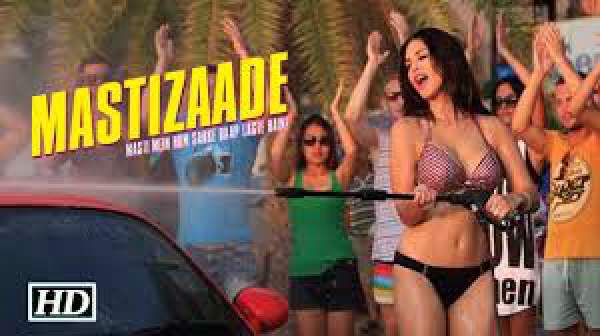 Sunny’s on screen presence made the audience sleepless and Sunny became a celebrity on one go. She signed back to back films which made her the top actress. She has been charging huge remuneration and the filmmakers are in no mood to compromise as she has been a huge crowd-puller.

Sunny has done decent films in her career though the dose of glamour has been high. For the first time in her career, she has been approached for an adult comedy and the movie has been titled as Mastizaade. She accepted the script on spot when the makers revealed that Sunny will play a dual role.

Vir Das and Tushar Kapoor have been approached to play the male leads in this adult comedy in the film. After a year of pre-production, the flick started rolling and the makers have shot the film for 90 days in Bangkok.

The movie trailer created huge sensation across the world and it has been trending all over the social networking circles. With the tremendous response for the trailer, the makers have planned for a wide release across the world. The movie released in over 1500 screens across the world on January 29th.

As expected the talkie opened with 70% occupancy dominating the other releases of the week. The movie received poor response from the audience all over and it has been rejected by the critics. The film collected Rs 12.5 crores among the domestic circles in its first weekend and the collections dropped down badly during the weekdays.

It collected Rs 14.3 crores in five days of its box-office run. The film has been declared as a debacle in among the International circles. Pritish Nandy and Rangita Pritish Nandy produced the movie on PNC Productions. The movie lacked everything except Sunny Leone’s skin show which made the audience feel bored and Mastizaade ends up as a huge disappointment all over.