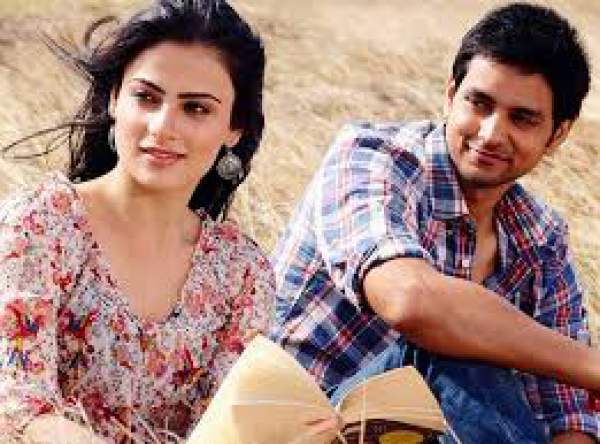 Meri Aashiqui Tum Se Hi 26th January 2016: Ranveer ask Naina not to think wrong about him but he wants to sort out his past before starting a new life. Naina recalls of what happened between him and Ishaani in a room. (see: MATSH last episode.)

Ranveer wishes Naina understands him. He says he needs her help. He asks her to think and tell her by tomorrow. He asks to tie a red cloth to the window if she agrees. Naina leaves her house crying. Ranveer wishes she says yes as until he figures Ishaani’s truth, he can’t do justice to any.

Maa comes in the kitchen and slaps Ishaani. She says how dare her to do that meanwhile Aarti and Uttam come there. Nurbhay also arrives and asks what she is doing. Maa says her wife is an insult to her. Maa says she kept a false eye on Vikram and her character is cheap. Ishaani says she didn’t do anything and Vikram did. Nurbhay agrees to her but Aarti says that she is wrong and trying to be innocent. (see: MATSH all episodes.)

Nurbhay asked that did she witnessed her doing so. He says I know the truth.Maa ask her whom did he trust more this girl or his family. Maa says she danced before Naina and Naina started walking and now she wore Pooja’s saree and hit’s her car on tree and Naina got her voice back. Maa says she won’t accept her defeat from Ishaani. Nurbhay leaves. Ishaani thinks Nurbhay is not bad at heart and if tables turn his hatred for Ranveer may get remove as well.

Ishaani reaches temple and Ranveer also comes t here. Ishaani prays that she came here so that everything between Nurbhay and Ranveer is sorted out and he can see the good in Ranveer. Ranveer on the same hand wishes that Naina should say YES to help him so that Ishaani truth can be revealed and if she is in trouble he could help her.

Ishaani turns and watches Ranveer. She is leaving when Ranveer stops her by holding her hand. They look at each other and Ranveer takes her outside and asks why for whom did she came to pray for. Ishaani asks him to let her go. Ranveer says that she always cannot leave without answering him and says that he has seen many greedy people but she outstands them.

Ranveer even says that she can even play with God when the game is of money. He thought that Ritika might be blackmailing her, but now he understand that for money she can even make friends with enemies. He exaggerates that how will his husband deal with her and that she must pray for Nurbhay’s life as well. He says he came to ask something and that is love.

He says that now she has left him, he will get his love of life. He leaves her and thinks that he is sorry for all that he has to say today. Until the truth comes up he must behave with her like this. Ishaani watches Ranveer go with tears in her eyes. She comes back, takes his plate and again prays that if Ranveer’s hatred is legal, she wishes that nothing should happen that can ruin Naina and Ranveer’s life again