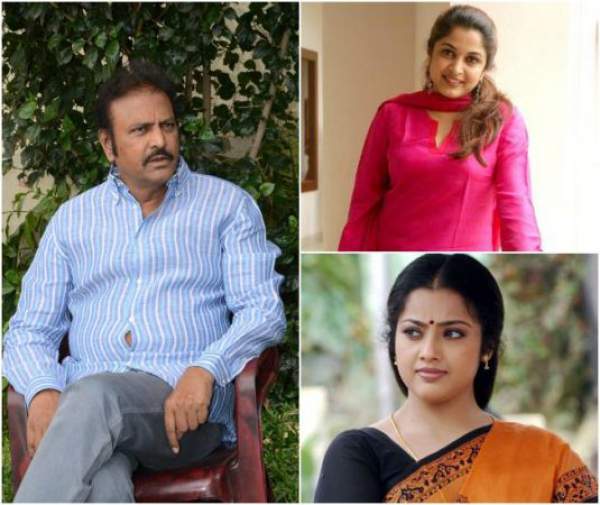 Mama Manchu Alludu Kanchu Audio Release News: Versatile actor Padmashri Mohan is one actor who came to film industry without any support and made it big in films. He has done more than 400 films in his career and has recently completed 40 years in Indian Film Industry recently. MohanBabu has been quite selective and is doing movies if he likes the character. (share: Guru Nanak Jayanti.)

Vishnu, Manoj and Lakshmi are carrying over his legacy in acting and are entertaining the audience. Mohan Babu has been analyzing movies and is producing movies on Sri Lakshmi Prasanna Pictures banner.

Comedy King Allari Naresh is sure an inspiration for young actors in Tollywood as he completed 50 films in no time. He has been the perfect replacement for Rajendra Prasad as he has been entertaining the audience with his hilarious comedy timing.

He has recently not scored a hit as all his recent movies ended as debacles because of the repeated content and comedy. He is now in plans to bounce back with a huge hit with his next movie for which he joined hands with Mohan B abu.

Mohan Babu and Allari Naresh are back with a comedy entertainer titled MamaManchuAlluduKanchu which represents that the film is said to have loads of entertainemt. Comedy film specialist Srinivas Reddy who last directed Nagarjuna’s Damarukam is directing the movie which is currently under shoot.

The movie is in final stages of shoot and the complete shoot will be wrapped up by the end of this month. MMAK will have MohanBabu and Allari Naresh in the lead roles. Babu will romance Ramya Krishna and Meena in the movie. Poorna has been paired opposite to Naresh.

Mama Manchu AlluduKanchu audio event will take place in a grand event in Hyderabad on November 28th in the presence of many big celebrities. The makers are in plans to promote the movie in a grand way with the audio launch. Achu composed the music for this comedy entertainer which has been produced by Manchu Vishnu on 24 Frames Factory banner.

Varun Sandesh, Ali and Krishna Bhagavan will be seen in the other important roles. MamaManchuAlludu Kanchu will complete all the formalities and will release all over on December 25th during Christmas. Mohan Babu and Allari Naresh pinned huge hopes on the film and are expecting the film to be a huge hit.