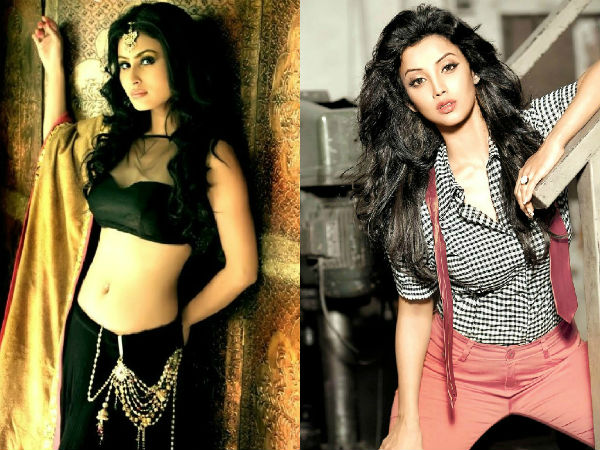 Naagin Latest Episode: Yamini tells Sesha that she is happily getting her son get married to her this time. She advocated that earlier she hadn’t supported her in the deeds, but now the situations have been changed, and she is happy with their marriage. Rithik comes in the mandap and their sibling held them to sit there.

Sesha is not able to figure out why she is getting too much attracted to her sister’s husband. Yamini’s evil plan is to break the relationship between gold and the black Naagins with this marriage. But Shivanya isn’t ready to give up so easily. (Also See: Last Episode of Naagin)

Shivanya and the other tribal ladies throw chilli powder on Ankush’s face, she got free and rushed towards the house where Rithik and Sesha were doing marriage. Getting shocked by seeing this, Shivanya calls Sesha but she rejected her plea.

Inspector comes to the house and informs everyone that Ankush had been arrested on the charge of eve-teasing women. Everyone in the family got shocked of listening to this. Rithik stops the marriage and advances towards the police station.

Sesha got personal time with Shivanya. Shivanya asked her for the reason of doing this little activity and told her to escape, Yamini plans of breaking their trust bond now.

Rithik comes to the police station and asks the constable what was Ankush doing. Tribal ladies alleged that he was eve-teasing women and they saved her. Rithik tells the women are not present here; they will have to give bail to his father. Lawyer gets him bailed out. When they were leaving, Sangram Singh tried to stop him but he drove away.

Sesha advocated that she was waiting for Shivanya and not marrying with Rithik, Sesha goes furious which increases doubt.

Yamini figures out that the Naagmani should be in the Shiv Mandir, she went there in a killer attire and tried to search for it. She founds Guru Maa there and tells someone had done black magic on her that’s why she is behaving like a stupid; she told Yamini to leave the place with her immediately.

Guru Dev comes with Yogi Raj to the temple and found Guru Maa missing. He calls Shivanya for help.

Yamini rescued Guru Maa and took her to the cave; she helped Guru Maa to get back to the senses. Guru Maa wakes up and informs her that according to a Naagin there Sangram Singh got the Naagmani. She does black magic and founds the Naagmani on Seshnag’s head. Flashback of Rithik praying shown.

Guru Dev informed Shivanya about Guru Maa’s kidnapping; Shivanya told he must be the 5th murderer. Yogi Raj reports Shivanya that Mahishmati is coming to snatch it and they have to get ready; She replied that she is ready for it.

Yamini figures it out that the Naagmani is in Haveli itself and she could easily steal it from there. She decided to kidnap her brother first and then force him to tell.