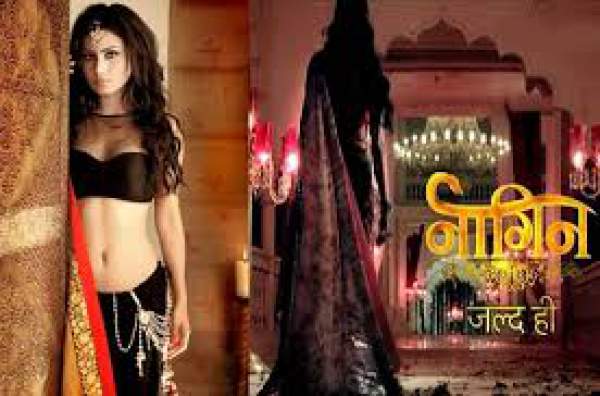 Naagin 12th March 2016: In the previous episodes, we got to know that Shivanya asked Rithik about the tattoo present on the back side of his neck. Rithik didn’t know exactly about it so, he just guessed that his parents may have made it when he was very young and don’t remember about it. Yamini threw Sangram Singh from a cliff and manipulated Rithik to go and collect the Naagmani. (see: Naagin last episode.)

Rithik obediently accepted the order and went out for the same. Shivanya guessed about Rithik as being the wrong person. Shesha and Shivanya tried to stop Rithik and Ankush Raheja from proceeding in their mission. However, after several tries both of them failed to stop them. Rithik returned back home with that Naagmani. Yamini became happy. Then, she planned to kill him.

While on their way, Shesha, Shivanya, and Gurudev saw a person hanging on a tree. They took him down, and Shivanya recognized him as being the same who was present inside the cave. The aftermath resulted in recognizing him as the real father of Rithik. (see: Naagin all episodes.)

Shivanya heard the plan of Yamin and Ankush to kill Rithik. Yamini asked some men to fail the car’s brakes of Rithik and ordered them that it should look like an accident.

Shivanya and Shesha saved the Naagmani to go in hands of foreign businessmen who came to purchase it. Shivanya captured Yamini inside a blanket, but Yamini freed herself and fled after injuring her. However, Shesha took and placed the Naagmani to its rightful place, i.e., Shiv Mandir.

After the loss of the Naagmani, the dealers came to Ankush and warned him to not to play games with them. First of all, he refused to hand over the mani to them, but after Yamini’s order, he returned the money. Yamini became furious as they lost the the Naagmani as well as the money.

However, Rithik got to save himself from the accident. After he had prevented himself from just being died, he came out of the forest area. There he saw Shivanya in front of him and inquired her as why and how did she come there? Shivanya replied that she got the news that the brakes of the car were damaged so, she came to save him.

Then, Rithik asked her as how she got to know about this al. Then, she replied that Ankush Raheja was talking to someone to do this job to kill him. As expected, the discussion turned into an ugly verbal spat.

Stay tuned as the Naagin next episode will air tomorrow. Don’t forget to share it on social media to let others also know.