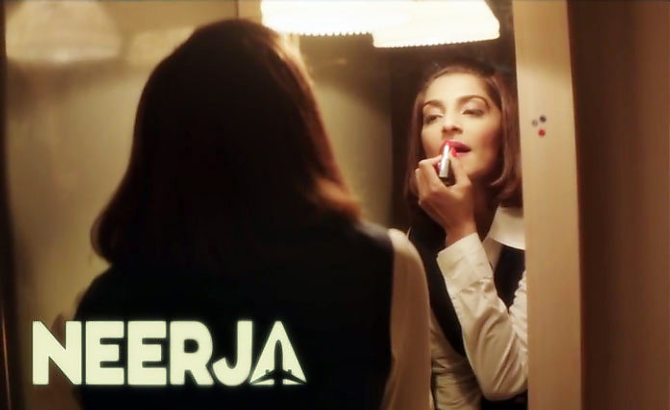 Neerja 6th Day Wednesday Box Office Collection and Occupancy Report: Talented actress Sonam Kapoor has been one of the leading actresses in Bollywood now. She struggled a lot to prove her acting skills and her initial movies failed to impress the audience. She made her debut as an actress with Sanjay Leela Bhansali’s Saawariya and Ranbir Kapoor too made his debut with this film. (Also see: Sanam Re collection.)

Sonam worked as an assistant director before making her debut as an actress and Sawariya bombed at the box-office. She never lost hope and she has been badly criticized by the reviewers and critics for her performance. She tasted series of failures and she came to limelight after the release of Bhaag Milka Bhaag directed by Rakesh Om Prakash Mehra.

Slowly she started signing concept based films and Sonam Kapoor even started producing films at this point of her career. Her sister Rhea Kapoor took care of the production formalities all over. Sonam Kapoor has been approached with the script titled Neerja which left her confused. But she took it as a challenge and prepared for the movie. Ram Madhvani has taken his time to come up with the bound script and the makers have spent enough time for the pre-production of the film.

It is the biopic of air hostess N Bhanot who sacrificed her life saving 359 passengers during a flight hijack in Karachi in 1986. This incident created a huge sensation and Sonam Kapoor has taken enough care to look like N Bhanot in the film. She even changed her hair style for the film.

The movie has been shot in a specially erected set in Mumbai Film City. It has been made on a budget of Rs 13 crores which has been decent. The makers felt that this movie is an experiment but Ram Madhvani made sure that the script will appeal to all the sections of the audience.

The talkie released all over on February 19th and the movie received wide applause across the world. The film opened to huge collections and the movie minted Rs 22.3 crores in its opening weekend. The movie has been strong even on the weekdays and it collected Rs 29.12 crores in five days of its boxoffice run.

Neerja collections was Rs 3.2 crores on its sixth day making the total Rs 32.32 crores. Atul Kasbekar, Shanti Sivaram Maini produced the movie on Fox Star Studios and Bling Unplugged banners. The flick has been declared as a super hit and the movie is said to end up in huge profits. Sonam Kapoor’s stupendous performance in the movie has been well appreciated.