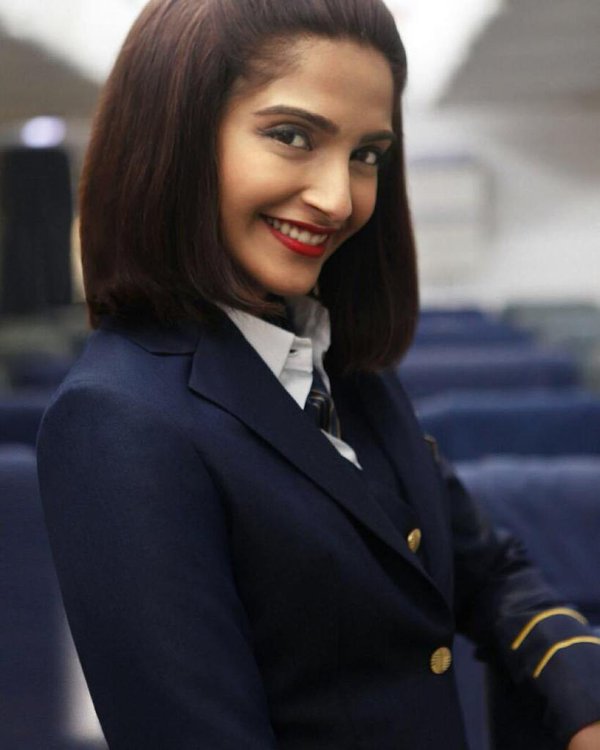 Neerja 10th Day Collection 2nd Weekend / Sunday Box Office Business and Occupancy Report: Bollywood critics and audience are quite typical and they don’t easily get impressed with the performances of the actors and actresses. There are many leading actors who have been struggling to live up the standards and impress the audience even if they have number of big films lined up for release. (see: Sanam Re collection.)

One such actress is Sonam Kapoor and frankly telling she has been criticized for her poor performance and acting skills right from the day she made her debut as an actress. Being the daughter of legendary actor Anil Kapoor, things were not easy for her to impress the audience. All her initial movies have been rejected by the audience but Sonam was patient waiting for one right opportunity.

She improved slowly and she has taken the charge to surprise the audience with her challenging roles. Bhaag Milkha Bhaag and Raanjhana brought her wide applause for her performance. Sonam has been managing her career with her stunning screen presence and she has been a youth icon for fashion across the country which is not a surprise. She even started a production house on which she has been making films. Sonam revealed that she will continue to produce movies and encourage the upcoming talent.

It was then she has been approached by Ram Madhvani who narrated the script of the film. Sonam Kapoor was left in surprise initially but she has taken this as a challenge and did a lot of home work for the movie.

It is a movie that has been based on a real-life story of Neerja Bhanot who was a flight attendant. She sacrificed her life and saved 359 passengers when a flight was hijacked in Karachi, Pakistan. Neerja Bhanot fought with the terrorists in Pan am 73 flight which was traveling to New York from Mumbai via Karachi. This created a huge sensation and the incident was made into a film.

Sonam transformed herself to suit the character of Neerja. The movie caught everyone’s attention after the release of the trailer. The movie released all over on February 19th and it collected Rs 22 crores in its opening weekend which was huge. The movie has been well accepted by the audience and the movie could hold strength even on the weekdays.

After entering into the second week too, the flick collected decent figures and the movie made up Rs 48.87 crores in 10 days of its box-office run. The movie is racing towards Rs 50 crore mark and the talkie is a huge hit even in overseas. Fox Star Studios produced the movie and Shabana Azmi played an important role.

Stay tuned to The Reporter Times for latest Bollywood news and celebs’ updates. Don’t forget to share it on social media sites. Come back for more information.