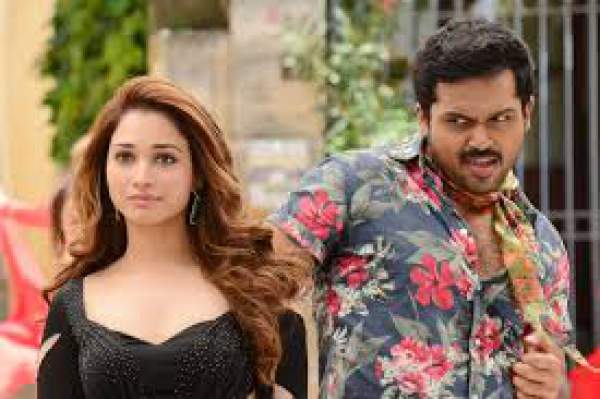 Soggade Chinni Nayana has been directed by debutant Kalyan Krishna and Lavanya Tripathi; Ramya Krishna played the female leads. Nag has been seen in a dual role in the movie which released during Sankranthi and minted Rs 50 crores across the world. Nagarjuna produced the movie on Annapurna Studios banner, and Nag has been quite delighted with the movie’s response.

Nagarjuna has been quite innovative now, and he has been signing different films in his career right now.  He loved the French film The Intouchables completely, and he wanted to remake it. Vamshi Paidipally came up with the remake idea which impressed Nagarjuna, and the makers have been busy searching for the other lead’s role.

The movie has been shot exclusively in Hyderabad, Chennai and Paris. Oopiri has been made on a massive budget of Rs 50 crores and Vamshi Paidipally spent over a year altogether in transforming the script to suit the taste of Tollywood audience.

Top Producer Prasad V Potluri produced the movie under PVP Cinema banner. The makers have initially felt to release the film during Valentine’s Day, but Oopiri has been pushed ahead to summer. The movie has been shot simultaneously in Telugu and Tamil languages.

Nagarjuna and Karthi’s outstanding performances along with the music, background score and the cinematography are the major highlights of Oopiri. The movie has been well accepted by the audience for the emotional content.

The production values by PVP Cinema have been grand enough, and Vamshi Paidipally kept enough effort to turn out the movie into a blockbuster. Oopiri is said to have opened loudly across the International circles across the world revealed the makers. Oopiri is said to huge mint money during the first weekend.

Stay tuned to The Reporter Times for latest Tollywood news and other Entertainment industry updates. Don’t forget to share.