The Reporter Times
Home Entertainment Prabhas Reveals About His Marriage 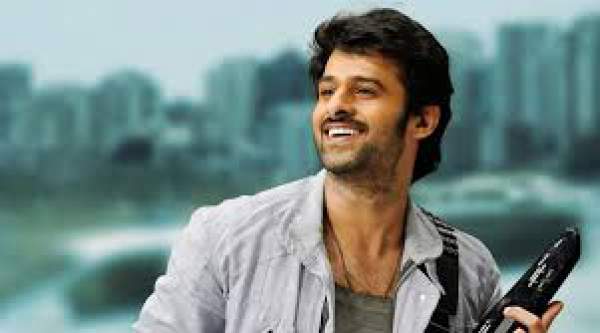 Prabhas Reveals About His Marriage: Young Rebel Baahubali star impressed the audience with his films and his stupendous presence has left many fans in wow. He has even impressed with his performance and stupendous stunts which made his place prominent in Tollywood.  (see: bigg boss 9 day 84.)

Though he has been introduced as the successor to actor Krishnam Raju, Prabhas came up with his own style and preferred films that suit him. He has done movies of all the genres and films like Varsham, Billa, Chatrapathi, Darling, Mr. Perfect, Mirchi and Baahubali: The Beginning are his best works so far. He is one of the highest paid actors in Tollywood currently.

Prabhas Reveals About His Marriage

After establishing a huge fan base and market, at the crucial point of time, he has signed a movie in the direction of top director SS Rajamouli. The movie h as been titled Baahubali: The Beginning which took three years for completion.

Though many of his well-wishers and friends warned him not to do the film at this crucial point of time, he allotted his dates and he did not sign any other film. Baahubali: The Beginning took one year for pre-production and took two years to complete the shoot. He, Rana, Tamannah, and Anushka played the lead roles in the movie.

The movie has been made on a budget of Rs 160 crores and the movie ended up as the biggest blockbuster in the history of Telugu cinema. Baahubali: The Beginning collected Rs 600 crores and Arka Media Works produced the movie.

MM Keeravani composed the music and he received International recognition after the release of Baahubali: TheBeginning. There are lots of rumors about the marriage of Prabhas as he is the most eligible bachelor in Tollywood. He turned 36 last October and he could not get married because of his professional commitments.

Recently a picture of the young girl from Bhimavaram has been trending all over the social media saying that she will be marrying Prabhas. Keeping an end to the rumors, he decided not to continue any more false statements out.

He said, “I still did not find my dream girl. My parents and relatives are in search for a suitable girl and I am not in love or in a relationship with anyone. Will soon reveal about my marriage plans once everything gets finalized. Now my focus is towards Baahubali: The Conclusion”.

He is shooting for the second part of Baahubali which has been titled as Baahubali: The Conclusion. Arka Media Works is producing the movie which will hit the screens during early 2017.