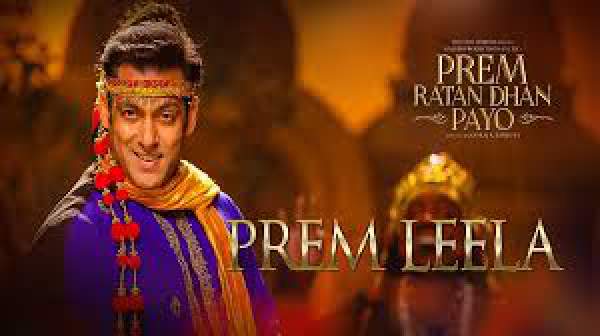 The film marked the directorial debut of the producer Sajid Nadiadwala which ended as the biggest blockbuster of SalmanKhan smashing many records. SajidNadiadwala produced the flick on Nadiadwala Grandson Entertainments banner. The movie collected Rs 300 crores all over the world. Jacqueline Fernandez played the female lead in the movie and the music of the film has been composed by Pritam.

Salman came up with BajrangiBhaijaan in the second half of the year for Eid and the movie surprised the audience with the emotional content. Kabir Khan directed the film and the audience fell in love with the performance of Salman Khan in the flick. Kareena Kapoor Khan played the female lead in the movie which collected Rs 700 crores worldwide.

After back to back blockbusters, Salman managed his third release PremRatanDhanPayo which is said to be a family entertainer. Sooraj R Barjatiya who directed many classics in the past teamed up with Salman Khan after 20 years. Sonam Kapoor played the female lead in the movie and Neil Nitin Mukesh played the negative lead in the movie.

PremRatanDhanPayo collected huge money all over and the movie collected Rs 430 crores in 30 days of its theatrical run all over the world. Salman Khan impressed the audience as Vijay Singh and PremDilwale in dual roles which are said to be the major highlight of the movie. The lavish sets and the emotional content along with the performances and music are said to be the other highlights of PRDP.

The movie is expected to close near to Rs 435 crores worldwide in its final run as there are many big releases heading next week. PremRatanDhanPayo had an impressive run at the box-office on the whole and made decent figures for the budget on which it has been made.