Ranbir Kapoor seems to be a protective boyfriend to Alia Bhatt when he made this gesture. We have that video clip embedded below for you. Ranbir and Alia are the Bollywood’s newest couple and were seen together leaving a venue recently.

In the latest video that has surfaced, Ranbir is asking Alia to drop her off. Then, they were seen leaving the venue together, in the same car. By this time, the video is making rounds on the social media sites and several Bollywood fan sites.

Is Ranbir Kapoor a protective and cute boyfriend to Alia Bhatt? 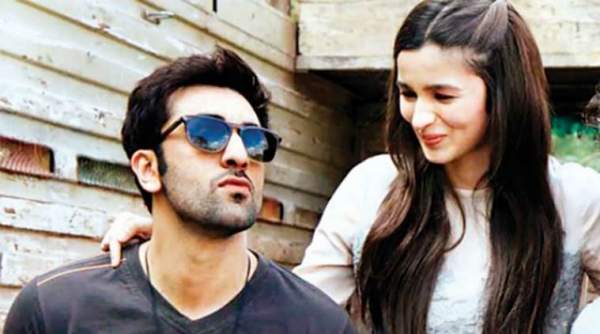 As seen in the video clip, both the actors exit a building and come into the parking lot where they meet a few fans and click selfies. Ranbir can be seen wearing a dark shirt while Alia is wearing a salwar kameez. When he heads towards his car, he can be heard saying, “Alia, I will drop you?”

Without any delay, Alia heads to Ranbir’s car and gets herself a seat. As the car starts moving, someone from the crowd said, “Good luck for tomorrow RK.” Ranbir replied to him saying, “Thank you, I will need it.”

Ranbir and Alia have taken off for Bulgaria for the shoot of Ayan Mukherji’s upcoming film Brahmastra. Their photos of twining in white also went viral online.

Though Alia hasn’t confirmed it yet, Ranbir Kapoor accepted publicly that he is dating her. In May, RK said that it’s pretty new to talk about it and he doesn’t want to overspeak. Their relationship needs time to breathe and needs space to grow. It’s all new for us, so let’s let it cook a bit.

Ranbir seemed a little vague in a recent interview to Anupama Chopra.

As he said, “Falling in love is the greatest thing in the world. When you fall in love, everything is great. Water tastes like sherbet and you seem like you are Uma Thurman. You feel great. Who doesn’t wanna be in love?”

The couple has been seen out several times in the last couple of months. Ranbir visited Alia’s home for dinner with her father, Mahesh Bhatt. Her father said that it is up to the media to decide if ‘Papa is raazi’ about their relationship.