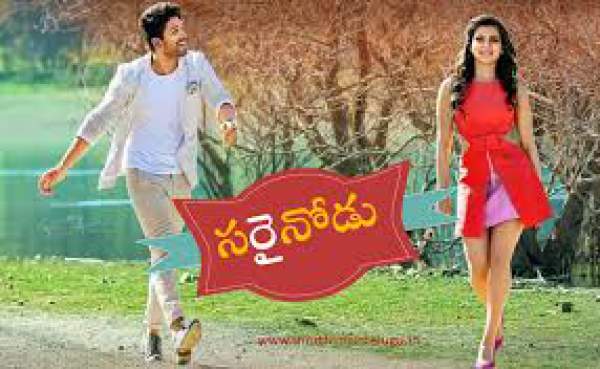 Sankranthi and Summer are the best seasons for movies to collect outstanding figures at the box-office. Sankranthi 2016 has been stupendous, and all the movies Nannaku Prematho, Dictator, Express Raja and Soggade Chinni Nayana ended up collecting huge commercial figures. (watch: India vs New Zealand live.)

Now the summer season is approaching soon and this year many top actors Pawan Kalyan, Mahesh Babu, Nagarjuna, Allu Arjun and Nithin are gearing up to test their luck at the box-office. This year the entire business is said to be over Rs 350 crores and the below are the list of films getting ready for summer release:

A Rs 350 Crore April for Tollywood

Oopiri: King Nagarjuna impressed the audience early this year with Soggade Chinni Nayana and were getting ready with Oopiri. Vamsi Paidipally came up with the French remake of The Intouchables. Nagarjuna and Karthi played the lead roles in the movie and Tamannaah played the female lead.

Prasad V Potluri produced Oopiri under PVP Cinema banner which will hit the screens all over on March 25th which marks the start of summer. The recently released theatrical trailer was a smashing hit across the world.

Sardar Gabbar Singh: Powerstar Pawan Kalyan has great craze all over, and he is getting ready for his next film Sardar Gabbar Singh. The movie is the most awaited film this summer, and the buyers have been betting huge with this movie.

Sardar Gabbar Singh did a pre-release business of Rs 100 crores which have been directed by Bobby. Kajal is the heroine and Devi Sri Prasad composed the music. Sharat Marar produced the movie and Eros International is releasing the movie which will hit the screens all over on April 8th.

Sarainodu: Stylish Star Allu Arjun, who is on success spree is back with his latest film Sarainodu. Boyapati Srinu directed this mass entertainer which is busy with the post-production formalities. Rakul Preet Singh is the female lead, and SS Thaman is the music composer.

The recently revealed first look teaser is a smashing hit all over, and Allu Aravind produced Sarainodu on Geetha Arts banner. The movie has been slated for a massive release all over on April 22nd across the world.

A..Aa: Talented director Trivikram Srinivas is back with his romantic entertainer titled Anasuya Ramalingam Vs Anand Vihari. Nithin and Samantha are the lead actors in the movie, and Mickey J Mayor is composing the music. The film is competing along with big budget movies which will hit the screens all over on April 29th all over. S Radha Krishna is the producer of the film.

Brahmotsavam: Superstar Mahesh Babu, who impressed the audience with Srimanthudu last year is back with his next movie titled Brahmotsavam, which is said to be a family entertainer. Sreekanth Addala directed the film and Samantha, Kajal; Praneetha played the female leads.

Prasad V Potluri produced the movie under PVP Cinema banner which will hit the screens across the world on May 6th. The movie has done a terrific pre-release business all over and is one of the most awaited summer films this year.