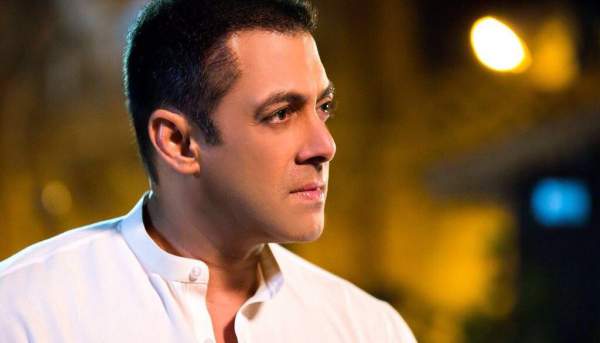 Salman Khan Stuns with his new look for Sultan: Bollywood’s Bhai Salman is one of the most wanted actors across the country and his unbeatable craze among the masses made him the highest paid Indian actor. Though he has competition with his fellow actors, ‘Dabangg’ actor keeps it as a healthy go. There were differences between Sallu mia and Shahrukh Khan for over years after which Salman sorted them during his sister’s marriage. (check: Valentine 2016 week days.)

The actors keep bonding with each other every now and then along with promoting each other’s films which are a huge asset for both the actors. The actor scored massive hits like Bajrangi Bhaijaan and Prem Ratan Dhan Payo last year and the movies ended up collecting huge money at the box-office.

Salman Khan Stuns with his new look for Sultan

He started shooting for his next movie titles Sultan which is being directed by Abbas Ali Zafar. Abbas impressed Salman Khan with the movie’s content and Sallu will be seen as a wrestler in the film. He has been working hard for the film and he gained huge weight to look as a wrestler. He has been undergoing rigorous training for the movie and the film has completed two schedules recently.

Salman has been injured twice on the sets of the film while shooting for some intensive action episodes. He even canceled the shoot of the movie twice after he was injured.

After a huge search for the female lead, the makers have finalized Anushka Sharma to play the heroine. The makers have considered Parineeti Chopra, Deepika Padukone, Katrina Kaif and Anushka Sharma, out of which Anushka has been opted out for the film. She is currently shooting some action episodes for the movie along with Sallu. Anushka had to slap the actor for a sequence in which she gave a tight slap to the actor. Salman has been seen in a ruggish and rough look with shaped moustache and trimmed beard for one of the character.

Salman Khan Stuns with his new look for Sultan

The makers have now released the new look of Sallu in the movie which has left everyone stunning. His simple look in the film has been terrific and ‘Kick’ actor has been smiling in the look. He even lost weight for the character revealed the picture.

As per the information from a source, Sultan will showcase Salman in three different shades out of which he will look bulky in one of them. In the other two characters, he looks lean and he needs to shed huge weight in quick successions. There are many rumors about the film but the makers have denied everything.

Aditya Chopra is producing the movie on Yash Raj Films banner which will hit the screens during Eid this year.