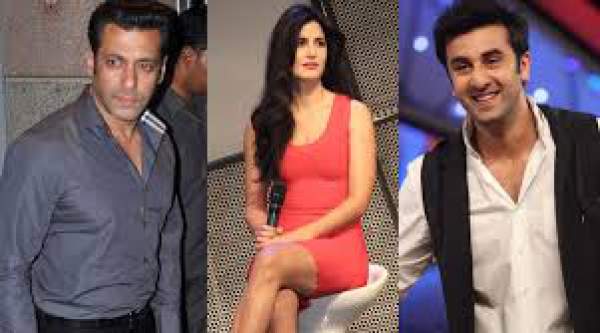 Is Salman Khan Responsible for Ranbir Kapoor-Katrina Kaif’s Breakup?: Bollywood has witnessed many young actors falling in love with each other and parting ways after they date each other for a certain period of time. Bollywood young actor Ranbir Kapoor scored back to back hits in his career and he emerged as the youngest Superstar of Bollywood. His films collected huge money all over the world and he has been lined with back to back films in his career. (see: Speedunnodu audio launch.)

Ranbir Kapoor has been in deep love with Katrina Kaif from over five years. The duo has been spotted in public locations across the world but they never admitted their relation. Though they have been asked about their relationship, Ranbir Kapoor, and Katrina Kaif never revealed anything about their love. Katrina at times became emotional about Ranbir saying that she cares him so much. Ranbir and Katrina moved on to a posh beach faced apartment about a year ago and they are living together from some time.

The latest news is that Ranbir Kapoor and Katrina had a breakup after five years. This has created a huge sensation all over and Ranbir Kapoor parted ways with the sexy actress for being asked about marriage. Katrina who dated Salman Khan in the past happened to meet the actor twice in less than a week which raised curiosity about their breakup.

Katrina met Salman Khan a week ago in Yash Raj Films Studio, Mumbai and the duo discussed for an hour. Though they revealed that it was about the female lead for Salman Khan’s upcoming movie Sultan, sources say that Katrina turned emotional before Salman Khan and she explained about the happenings.

Ranbir Kapoor is no way interested in marriage says a source and Katrina has been pressurizing Ranbir about their marriage date from some time as she wanted to take their relationship to the next step through marriage. Ranbir Kapoor was not at all interested revealed a source.

Katrina again met Salman in a night club couple of days back where the duo sat chatting for over two hours. Though Sultan director Abbas Ali Zafar too was present, he walked out after the discussion turned serious. A section of media revealed that Salman suggested Katrina to break up from Ranbir Kapoor.

There are also rumors that Ranbir’s mom Neetu Kapoor is not interested in Ranbir marrying Katrina right from the first day.