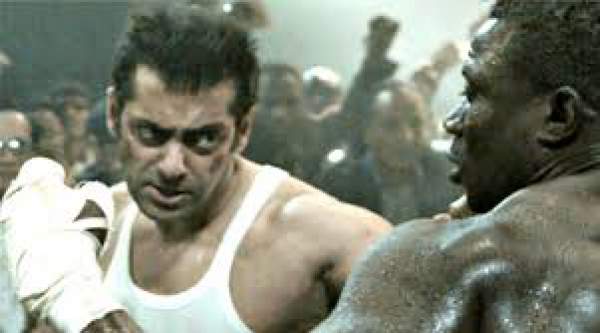 Salman’s Sultan Teaser To Release With Shahrukh Khan’s Movie ‘Fan’: Bollywood has been ruled out by Khans – Salman Khan, Shah Rukh Khan and Aamir Khan who have been impressing the audience widely with their stupendous performances along with their stunning presence in Bollywood. They have been dominating the B-Town with their films. (watch: Surya Grahan 2016 Live.)

Salman Khan and Shahrukh Khan who have been seen in several multi-starrer have parted ways due to differences between them. The actors have stayed away, criticized each other and they never looked towards each other even in public appearances. The whole Bollywood along with the media and the country waited for the actors to patch up but it did not happen soon.

But suddenly it was Salman Khan’s marriage which changed things all of a sudden. Shah Rukh made his presence for the marriage and he has taken hours of time bonding with Salman Khan which left everyone in surprise. (check: Salman’s Look in Sultan.)

This news created enough sensation across the world and the actors now meet frequently keeping all their busy lives aside. Salman personally made his presence meet Shah Rukh on his birthday and wished him from the bottom of his heart. The whole country has been delighted to see the actors bonding each other. (see: Urvashi in ‘Sultan’?)

Advertisement
across the world. The recently released theatrical trailer has been a smashing hit all over and it increased the expectation on the film. (watch: Fan trailer.) Salman’s Sultan Teaser To Release With Shahrukh Khan’s Movie ‘Fan’

Shah Rukh will be seen in a dual role as Aryan Khanna, a superstar, and his fan Gaurav. Aditya Chopra produced the movie under Yash Raj Films banner and Shahrukh has been quite excited about the film’s release.

On the other hand, Salman Khan has been busy shooting for his next movie titled Sultan which is being directed by Abbas Ali Zafar. Salman Khan will be seen as a wrestler in the movie and Anushka Sharma is the heroine in the film. Sultan has been slated for Eid release this year and the movie now completed 50% of its shoot.

As per the latest news we hear, Salman requested Shahrukh to release the first look teaser of the movie along with Fan in theaters and the actor gave his nod for this. Both the Khans seem to be more courteous towards each other and they have been supporting each other and their films which have become the hot topic in Bollywood. Sultan is being produced by Aditya Chopra on Yash Raj Films banner.