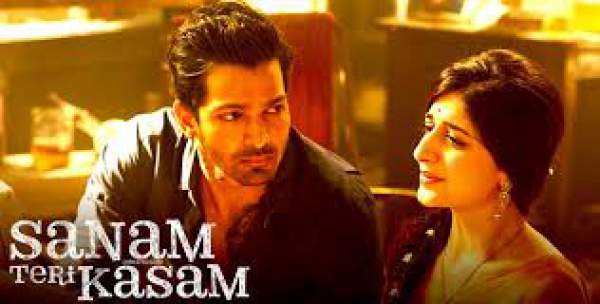 Radhika Rao and Vinay Sapru have hands full of experience as choreographers and they have done some really good songs in their career. The duo worked with each and every actor and they made their directorial debut some time ago with Lucky starring Salman Khan in the lead role.

The movie failed to make much impact at the boxoffice after which Radhika Rao and Vinay Sapru focussed on choreography again. They have struggled for an opportunity to make their bounce back as directors but they have been disappointed. The duo prepared a script and they impressed Deepak Mukut.

The movie has been titled as SanamTeriKasam and they have been in search for the right cast. They approached Harshavardhan Rane with the script which impressed him very much. He fell in love with the emotional content and Pakistani model Mawra Hocane has been roped in to play the female lead.

The movie has been shot mostly in Mumbai and couple of songs have been shot abroad. The movie is said to be an emotional love story and Mawra Hocane makes a complete make over for the film. The performances by the lead actors have revealed to be the major highlights of the film. Himesh Reshamiyya composed the music and the audio of the movie has been a huge hit all over.

The film released all over on February 5th and the movie received decent response at the multiplexes. The word of mouth has been mixed but the film opened to 20% occupancy which is quite poor. The movie minted Rs 1.25 crores on its opening day and the collections have been the same throughout the weekend.

The flick collected Rs 4.66 crores in its weekend which has been very less. The film made Rs 6.8 crores in 5 days of its boxoffice run in India. The movie has been declared as a debacle among the international circles as the film lacked minimum occupancy. Deepak Mukut produced the talkie on Eros International banner.