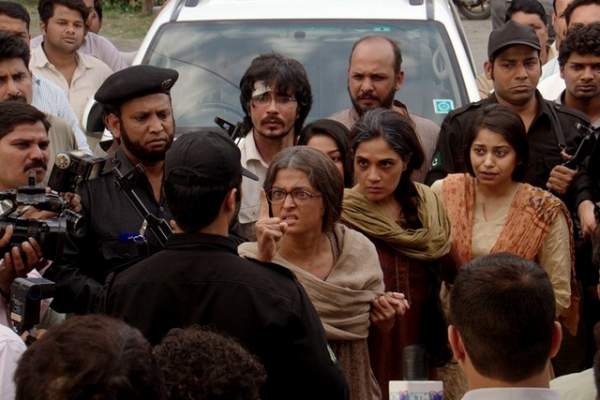 Sarabjit Movie Review Rating: Sarbjit is in theaters and created a real sensation with active Sarbjit reviews on the opening day itself. The movie was primarily based on a biopic of Indian prisoner Sarabjit Singh, who was falsely framed by Pakistan Army as an Indian Agent just to get social and political benefits.

The person ended his life in the jail. Aishwarya Rai Bachchan plays one of the crucial roles in a completely deglamorized role in the film. (check: Sarabjit celeb reviews.)

Accompanied by her two small daughters Poonam Kaur (Ankita Shrivastav) and Swapandeep Kaur he was spending good days earning the money from farming as a laborer.

As India and Pakistan Borders didn’t use to have borders that time, he crossed the territorial limits and framed as an Indian Spy by the Pakistan Intelligence Agency for some political and social benefits.

He was tortured in the Pakistani jail to death just to make him forcefully accept that he is an Indian Spy and the person (Manjit Singh) behind bomb blasts in Lahore city of Pakistan.

But her sister Dalbir had not received this major setback and with only hope fought with the Pakistani Government and Army for 24 years as after that Sarbjit declared as innocent. Sarabjit’s case was challenged by Lawyer Awais Sheikh whose role had been sincerely played by Darshan Kumaar.

Lawyer and Dalbir make every possible thing to find a way to prove Sarbjit innocent and catch the real culprit Manjit Singh. Awais Sheikh had suffered a major setback from society and government on charges of trying to fight for an alleged ‘Terrorist.’

After 23 years long struggle, Sarbjit being declared innocent given bail, he gets attacked by a crowd in the jail where he gets severely injured and is hospitalized ending his last breath in 2013.

Sarbjit Review: The story is typical, but the expressions are extraordinary in the film. Aishwarya Rai Bachchan and Omung Kumar along with Randeep Hooda had totally exposed their every possible effort to make the movie a truly spectacular. The story of the film is tragic and emotionally touching, The movie had created a great buzz in India with many short songs.

In a nutshell, if one is going to Sarabjit Review, we can say that you are not going to get bored from the very first minute to the ending of the film. Richa Chadda had done her role very well, and she was one of the least but most prominent characters in the movie, and she played the surprisingly high. Appearances of both the actresses in the film are absolute.

4/5 The movie is great and must watch this weekend.

Have you watched it? What’s your Sarabjit review? Stay tuned for more.