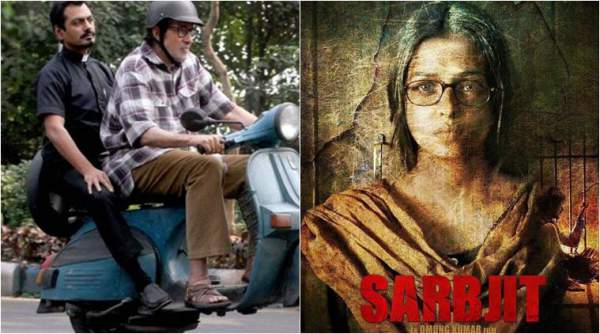 Sarabjit and Te3n Release Date: Big B Amitabh Bachchan has been busy with back to back films in his career even after crossing his 70s. He has been doing films that impress the audience and those who have been well criticised by the critics. His last movie Piku was a blockbuster and the movie has been widely accepted by the audience. Amitabh Bachchan and Deepika Padukone played the lead roles in the movie which has been directed by Shoojit Sircar. Piku has been critically acclaimed and stood on the top when it came to awards. (check: Sunny Leone’s ‘One Night Stand’.)

Eternal beauty Aishwarya Rai Bachchan dominated Bollywood for over two decades and she has taken a long break from films because of her motherhood. She made her comeback after almost 8 years with her latest movie Jazbaa and she played a lawyer in the film. Sanjay Gupta directed the movie which ended as an average grosser and the audience have been left surprised with Aishwarya Rai Bachchan’s stunning screen presence in the film. She worked out a lot and she has been stunning on screen and gave the perfect meaning to endless beauty.

Aishwarya Rai signed her next movie titled Sarabjit which is said to be the biopic of Sarabjit Singh, an Indian farmer. Sarabjit was an Indian farmer from Punjab who has been convicted of terrorism in Pakistan and sentenced to death. Randeep Hooda played the lead role as Sarabjit in the film and Aishwarya Rai Bachchan played Dalbir Kaur in the flick.

The movie is currently in final stages of shoot and Omung Kumar is the director. The entire shoot of Sarabjit will be wrapped up by March 15th and the talkie has been slated for release all over on May 20th across the world. Vashu Bhagnani, Bhushan Kumar, Sandeep Singh, Omung Kumar and Krishan Kumar is producing the movie on Pooja Entertainments banner along with T Series banner.

Amitabh Bachchan has recently wrapped up the shoot of his next movie Te3n which is said to be a thriller. Top Bengali director Ribhu Dasgupta is making her Bollywood debut with this thriller and Amitabh Bachchan, Nawazuddin Siddiqui and Vidya Balan are playing the lead roles in the film.

Top director Sujoy Ghosh is producing the film along with Hyunwoo Thomas Kim, Suresh Nair, Sameer Rajendran and Gauri Sathe produced Te3n on Cinemaa Pictures, Endemol India and Kross Pictures banners. The movie has been slated for release all over on May 20th across the world. Big B Amitabh Bachchan and Aishwarya Rai Bachchan will clash at the box-office on the same day.