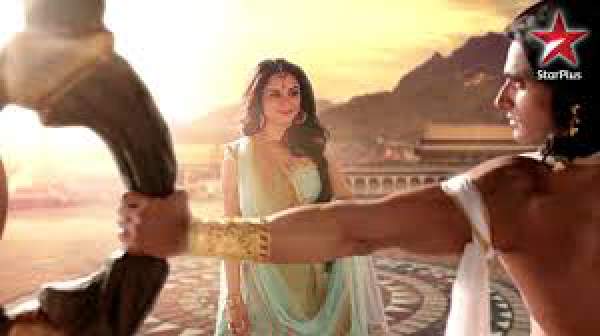 Siya Ke Ram 25th February 2016: Today’s episode started with the scene which showed Mandvi crying and worrying about her son, Bharat. Laxman brought in someone to cure him. Ram pleaded the Rishi to treat his younger brother fast to save his life. After that, he checked Bharat. Then, Ram asked the cause for such a situation. (read: Aligarh review.)

Rishi told him that Bharat has fallen ill due to the Asuri powers. Further, he said that as of now, the powers hasn’t affected much but the effect will grow stronger as it goes dark and the poison will spread at increasing rate. Thus, they had to treat him before sunset. Lakshman asked how he can be cured. Rishi replied that only Brahmarishi Mudgal can cure him. Thereafter, Laxman took Ram’s permission and left with Shatrughan in search of Rishi Mudgal.

Mahashambhar as the hawk returned to the cave where everyone appreciated his victory. Mahashambhar said that they have got exactly the same time for which they were waiting for Ram being alone. All of them laughed and enjoyed the pity. Further, he said, “we will not get such opportunity again to kill Ram.” Virat agreed with him and said it is the best time for revenge. Ram and everyone looks at Bharat sadly.

On the other hand, Ram and everybody else were sad for Bharat’s situation. Soon, Ram heard the voice of hawk. He said that it looks like the sign of danger. “I will leave to check. You all will be here only. Sumanta will take care of everyone”, he said and created a protective shield. Moreover, he said, “You all will be safe inside here as no asur can enter inside it”. Then, he left.

Lakshman and Shatrughan were on their way to find Rishi Mudgal. Back there, Ram saw a huge army full of asurs. Mahashambar as the hawk came and turned into human form / asur. All the asurs laughed seeing Ram alone. Sita and her sisters were worried seeing the deteorirating condition of Bharat.

On the other hand, Shatrughan and Laxman saw the broken ashram. Both came inside and call out for Maharishi. He saw no one there and therefore said that someone ruined the place. Mandvi cried as she saw the color change of Bharat’s body. Sita tried to consol her by saying that Laxman and Shatrughan are out to bring Rishi Mudgal here.

Mahashambar tried to frighten Ram by saying that he is all alone against Asur-sena and thus his end is definitely destined. Virat said that he would love to kill Ram to complete his revenge. Mahashambhar asked to step back from the fight in order to live, but Ram said that Dharam doesn’t allow a warrior to step out of the battle. Mahashambhar ordered his sena to attack. Ram started killing asurs with his powers. Ram Ram played in the background.

Mandvi was crying continuously seeing Bharat’s body changing color. Lakshman started worrying as he didn’t find anyone there. Then, both the brothers saw some ants and they followed them. Following ants, they reached to sand structure and stopped there. Maharishi Mudgal was there busy in his ‘tapasya’.

Back there in the fight, Ram was killing asurs while Mahashambar was sending more of them. All of them fell short to do any harm. At last, only Mahashambhar and Virat were left. Both of them fled away. Ram also left.

Lakshman and Shatrughan sensed Maharishi Mudgal. Laxman tried to break Mudgal’s ‘samadhi’, but Shatrughan hesitated for time being as he thought that breaking someone’s samadhi is not good. Thus, both of them requested Rishi to help them citing their problem.

Rishi Mudgal returned to his senses and came out of the sand stuff. He seemed full of anger as someone ruined his ‘Tapasya’. Lakshman apologized for their action. Both of them describe their problem. Then, asked him to come with them. Rishi Mugdal agreed to help. Both of them thanked him.

Ram returned and saw Bharat. Sita said that sunset is nearing, but Shatrughan and Lakshman haven’t returned yet. Rishi said that they have to do something fast. Rishi Mudgal arrived. Ram welcomed and greeted him. Mudgal checked Bharat and started healing process.

Precap:
Rishi Mudgal doing treatment with leaves to cure Bharat. Mahashambhar asked Virat for more army to fail Ram once and for all.